This means we think we are pretty well placed to offer Asian Cup betting tips. 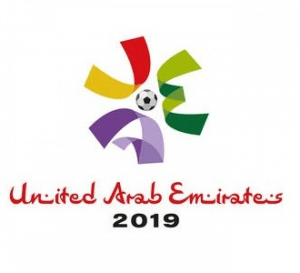 The Asian Cup, or the AFC Asian Cup, to give it it’s full title is an international football competition ran by the Asian Football Confederation.

The team who wins the Asian Cup becomes know as the champion of Asia and as a result automatically qualifies for the Confederations Cup.

Like many international competitions it is normally ran every four years. It was brought forward in 2008 to 2007 so as not to clash with the Olympics and the Euros that were happening that year.

Since 2004 there have been 16 teams competing in the competition, this is set to change in 2019 when United Arab Emirates host the tournament with 24 teams playing in it. These 8 new teams will require a slight change to the normal group/knockout stages the competition has been doing since 2004.

Adding more teams into the mix should make this competition even more exciting. Only time will tell.

Teams that can take part in the Asian Cup

There are 47 teams that can potentially take part, these are split into five different regions.

There are 3 former members who used to be eligible to compete; Israel, New Zealand, and Kazakhstan.

Finding out more about the Asian Cup

If you want to find out more about the Asian Cup, I would recommend visiting the official webpage for the competition. For some reason the AFC would rather this be a section on their website rather than its own site.

Unfortunately we don’t offer team news for the Asian Cup, if you think that is something you could help us with, please get in touch with Ian directly.

As you may have guessed given the sheer amount of countries that can take part in this competition, conditions play a huge factor on deciding the winner of any given match, and of the tournament.

Asia is a big place (to put it mildly) and there is a lot of different geography making up the potential places a team may need to play.

Make sure you factor this into any bets.

You should also consider, as with any international competition, there is often a lot of pride at stake, especially when facing off against neighbouring countries. As Europeans it is easy for us to know who those teams are in Europe, but educating yourself on the history of nations may help to give you some clue as to which teams will be playing extra hard out there.

When this competition comes around again it will pay to know where to go looking for tips. It goes without saying, but we provide a lot more than just Asian Cup tips. You can view our daily betting tips each day, completely for free. If you want even more tips, including some bankers and team news then you should consider becoming a member.