We’ve been providing Belgian Eerste Klasse betting tips since The Footy Tipster began, we have a long standing love for the competition and we like to think we can provide valuable tips as a result. 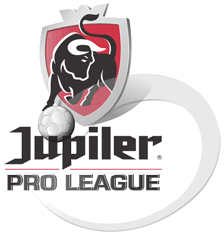 On the site we often refer to it as the Belgian Eerste Klasse, but it has a few other names;

There are some historical names too;

This competition has a unique format for European places.

The league which consists of 16 clubs is split into three groups about February time; one contests the title and main European places. The other two produce a group winner, and the winner of the knockout between the group winners gets a UEFA Europa League place.

Why we love the Belgian Eerste Klasse

As well as the value we think it can provide as a football bettor, we also just enjoy watching the games. Much like the Belgian Cup we think the games are very entertaining and provided great end-to-end football.

It often pays to know the format of the competitions you are betting on, whilst some teams may slump at certain points in the season, this particular competition means teams need to be giving it their all. Knowing the context of what a team is playing for is very important.

If you’re interested in receiving our daily tips, that include many more leagues and competitions than the Belgian Eerste Klasse, then I suggest you check our daily free tips. Of course if you want even more, you should consider becoming a member!