The Footy Tipster has been providing Bulgarian A PFG betting tips since our inception, so we like to think we know a thing or two about betting on the league!

What is the Bulgarian A PFG? 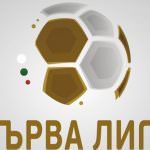 Like most European countries, Bulgaria’s favourite sport is football. The A PFG is a 14-team division, overhauled in the summer of 2016 with new licensing criteria put in place and a name change seeing all but a complete rebrand.

The league’s former giants Levski Sofia and CSKA Sofia – who hold an astounding 31 titles – experienced something of a fall from grace during and after the country’s communist period. In their relative absence, Ludogorets Razgrad have risen as a dominant force, winning straight league titles since the 2011-12 season.

The reality of the Bulgarian league is that, at present, there is one top side in Ludogorets, some decent sides, but lots of poor sides.

Despite a generally poor standard, the Bulgarian league has some very interesting history, particularly with regard to politics and fan involvement.

You’ll find streams incredibly difficult to come by, but odds in the Bulgarian league are generally very short, meaning it’s a fine competition in which to place some safe bets. It’s accepted that match fixing is rife, though, so watch out.

Getting Bulgarian A PFG betting tips

If you’re interested in getting our tips for this league, you should check out our daily tips or consider becoming a member.