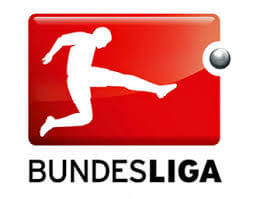 The Footy Tipster is proud to have been sharing Bundesliga betting tips from the very start of our website. We’ve also been offering in play betting advice and team news for the Bundesliga for as long as we can remember!

By now we have a pretty good idea of what is involved in making informed Bundesliga betting decisions.

What is the Bundesliga?

The Bundesliga literally means Federal League in English and is the main professional football league in Germany.

18 teams compete and at the end of the year the bottom two teams will get automatically relegated. The third bottom team will play about the third placed team in the 2nd Bundesliga and if they lose will also get relegated.

What is interesting about the squad structure is that matchday squads must have no more than 5 non-EU representatives. This means the makeup of the teams competing will be more European centric than maybe some other leagues.

Without question the team that dominates the Bundesliga is Bayern Munich. At the time of writing they have won more titles (25 in total) than the other teams in the league combined.

When is the Bundesliga On?

The Bundesliga normally runs from around the 18th August until the 12th May. According to the official website the most important dates for the Bundesliga in 2017/2018 are;

We offer an amazing service in our membership area, when relevant we will share team news on Bundesliga games to make sure you have all the information you need to make the most informed bet.

Here are the teams competing in the Bundesliga in the 2017/2018 competition;

Why we think Bundesliga is great to bet on

Teams competing in the Bundesliga are extremely attack-orientated which means there are plenty of goals and lots of great entertainment to be had watching (and betting) on the games.

For Bundesliga coverage as well as many more leagues, check out our daily betting tips and if you want even more, including team news and banker tips become a member.

Where can you bet on the Bundesliga?

The Bundesliga is a very well supported league when it comes to football betting, the majority of bookies you come across will have odds for it. We almost always recommend Bet365 since these are the bookies that Ian uses most often. If you can’t pick up Bundesliga games on your TV then another benefit of using Bet365 is they live stream a lot of matches, unfortunately we don’t know in advance which games they stream but I’ve seen Bundesliga games on there before.