We started covering and providing Coppa Italia betting tips in 2015 and both our free and paid members really enjoyed the information we provided. I hope you enjoy this writeup of the competition and the value we can share with you.

What is the Coppa Italia 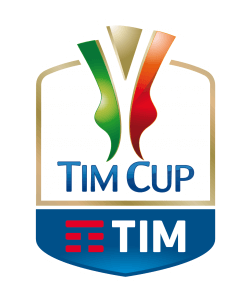 The Coppa Italia is Italy’s primary cup competition featuring 78 teams from across the country’s footballing pyramid.

The first round (of eight) is contested only by lower league clubs (clubs outside of the top two divisions). In the third round, the lowest-ranked Serie A sides are entered and it’s only in the Round of 16 that the top eight Serie A teams are entered into the competition.

Up until the 2007-08 season, the final was played over two legs. In line with Europe’s other major cup competitions, the final is now a singe match, played at the Stadio Olimpico in Rome.

We’ve offered team news for the Coppa Italia since 2015, and have since made sure that our members are as informed as possible before they make any bets. Head over to our members area now; it pays to be informed.

Italian football may have a reputation for being stiflingly defensive, but there’s no getting around the fact that it is home to some of the giants of the game. Juventus have won the tournament for the past two seasons, but the sleeping giants of AC Milan and Internazionale, alongside the likes of Napoli and Roma, will give the Old Lady a run for her money.

The Coppa Italia boasts some tactically fascinating affairs, and as one of the most historic club competitions in Europe, it demands respect.

For information and coverage of this competition and many more, check out our daily football tips area.