We’ve been covering and providing French Ligue 1 betting tips since the beginning of The Footy Tipster. Hopefully you enjoy reading our writeup of the competition and the value we can provide if you use our site for tips! 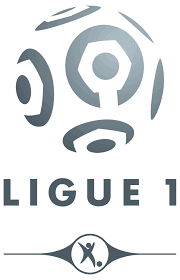 Ligue 1 is the top tier of French domestic football. Since the 2002-03 campaign, the league has consisted of 20 teams on a system of promotion and relegation with the lesser Ligue 2.

The French first division is ranked as the fifth-strongest league in Europe, behind the Premier League, La Liga, the Bundesliga and Serie A.

In the 1990s, Ligue 1 was arguably the least predictable league in Europe, with seven different teams lifting the title in just nine years. The following decade saw Olympic Lyon utterly dominate, with seven titles on the trot.

Paris Saint-Germain’s meteoric rise to prominence has simply exchanged one superpower for another, and the oil rich side have won four consecutive titles. Because of the growth of other European leagues, PSG are the only French side to have enjoyed any success in Europe, often making the latter stages of the Champions League.

We offer our members up to date teams news on Ligue 1 fixtures, so that they’re never going in blind. Use our service to make sure you’re always well informed before placing any bets.

Why we love the French Ligue 1

Ligue 1 is generally an attack-minded and entertaining league, and the top sides will ordinarily score a lot of goals throughout the season.

Though the likes of Monaco and Nice have threatened PSG’s monopoly on the title, the financial gap between France’s top side and the rest of the league is stark.

While other French sides routinely lose their best players to European superpowers, the rich club from the capital can hoover up talent of its own.

For coverage of this league, plus loads of other french/worldwide competitions please check out our daily tips section.