In 2016 we decided to start providing KNVB Beker betting tips as well as team news and in play betting. The full service! Hopefully you enjoy our writeup of the competition and the value we can provide.

What is the KNVB Beker? 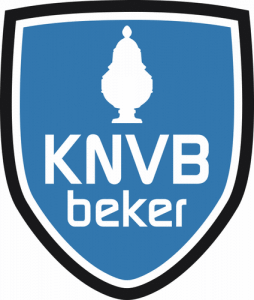 The KNVB Beker – or Dutch Cup – is Holland’s premier cup competition, featuring 103 teams from the top three tiers of the Dutch football pyramid and 24 regional amateur sides who qualify for the main tournament.

The winner of the cup is granted access into the following season’s Europa League, unless the winner also triumphs in the Eredivisie, in which case the next best side from the Eredivisie (that hasn’t already qualified) is given the spot.

Historically, the most successful team in the cup has been Ajax. Holland’s most famous club have lifted the trophy 18 times to Feyenoord’s 12, with PSV seeing their name etched onto the trophy nine times.

We’re lucky enough to have people following the Dutch Cup closely, and can offer our members up to date team and player news to ensure that they’re as informed as possible before placing any bets.

Why we love the KNVB Beker

Dutch football is home to some of Europe’s most historic sides. Dutch sides Feyenoord and Ajax dominated the European Cup in the early 1970s, though the last time a Dutch side won the competition was Ajax in 1995.

The number of quality teams in the Dutch Cup makes for entertaining watching. A relatively high standard, a good number of competitive sides and decent access to streams make following the competition wholly worthwhile.

Hopefully we’ve whet your appetite for KNVB Beker tips, during the competition you can head on over to our daily tips page for the most up to date tips and commentary.