Since we have been sharing OTP Bank Liga betting tips for as long as we’ve been running this site, we like to think we have a good handle on things. I hope you enjoy this short overview of the competition and the value we can share with you. 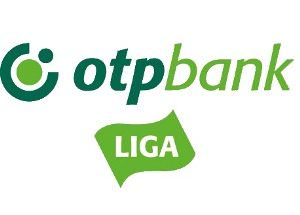 The OTP Bank Liga – known traditionally as the Nemzeti Bajnoksag or ‘National Championship’ is Hungary’s top tier of club football.

The 12-team league was founded in 1901 and is currently ranked as the 29th best league in Europe. The league champions are awarded entry into the following season’s Champions League, with the three teams below them entering the Europa League.

The competition has historically been dominated by Ferencvaros, MTK Budapest and Upest – with 29, 23 and 20 league titles respectively.

In the 2000s, Debrecen rose to prominence, winning five titles in six years. The reinstatement of Ferencvaros as the country’s finest team in the 2015-16 campaign has laid the foundations for an interesting tussle for dominance going forward.

Having access to team and player news is key to making intelligent bets, and we’re fortunate enough to be able to offer our members up to date team news ahead of OTP Bank Liga fixtures.

Why we love the OTP Bank Liga

Anyone with a historical interest in sport will be aware of the influence of Hungarian football on the game. The incredible Magyar side of the 1950s are still cited as one of the greatest international teams of all time.

The Liga may not be quite up to the standard of Puskas and the other Hungarian greats, but in its own way the competition can be entertaining.

We’d love to be your provider of OTP Bank Liga betting tips – check out our daily tips when there are matches scheduled and we’ll have you covered!