The Super Lig was one of the first competitions we covered on The Footy Tipster and we’ve been sharing relevant Super Lig betting tips ever since. 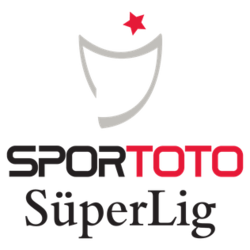 The Super Lig is Turkey’s top club competition and is perhaps underrated at just 11th in the UEFA coefficients leaderboard of European leagues.

Only five teams have ever lifted the Super twLig trophy, with Galatasaray, Fenerbahçe and Besiktas dominating, with 20, 19 and 14 titles respectively. Clubs are permitted a gold star above their badge for every five leagues they win, a visual representation of the dominance of the country’s top sides.

Why we love the Super Lig

The Super Lig is entertaining for a number of reasons. Not only is it a very aggressive league, but play acting is rife, meaning drama is never in short supply.

The league has perhaps the largest numbers of wasted chances in the whole of Europe, despite some top strikers making their way to Turkey in recent years.

Only Turks seem to do well in the Super Lig at a management level, while only a select few foreign players have managed to make their mark on what is a very hard-fought and dramatic competition.

During the times when the Super Lig is on, or for the majority of football competitions currently running, you should check out our daily tips page so you can get all the latest information to help you make informed betting choices.