In 2014 we started sharing Swiss Challenge League betting tips and we’ve never stopped. Hopefully you enjoy this short writeup of the league and the value we can bring to it. 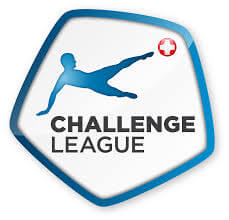 The Challenge League – known as Nationalliga B until 2003 – is Switzerland’s second-tier of domestic league football, comprising of 10 sides and operating on a promotion/relegation system with the Super League.

Interestingly, until 2012, the second-placed side in the Challenge League was entered into a playoff round with the ninth-placed side from the Super League at the end of every season. Should the Challenge League side have won, promotion was secured at the expense of the opponent. This has since been scrapped, with only one team relegated and promoted from Switzerland’s top two tiers.

Liechtenstein side FC Vaduz has been permitted entry into the Challenge League on numerous occasions – most recently in the 2012-13 campaign – because Liechtenstein does not have its own domestic league.

As part of our service in our membership area, we share relevant Challenge League team and player news ahead of the games, to make sure all of our members have the information they need to make a smart bet.

The Challenge League, much like the Super League, is a hugely entertaining competition.

As good natured as its superior tier, the league is one of our favourites to watch thanks to the proud attacking tradition associated with Swiss football.

The league was arguably more exciting when promotion could be secured through the second-ninth playoff system, but the current set up is deemed fairer with only the victor changing competitions.

For betting tips for this competition and more please consider heading over to our daily tips page.