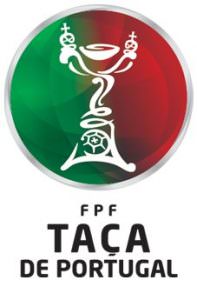 The Taca de Portugal – Cup of Portugal in English – is the country’s top domestic cup knockout competition. The cup was founded in 1938 and featured 155 teams, both professional and amateur from across the Portuguese league pyramid.

Like many domestic cups across Europe, the team that lifts the cup at the end of the season is granted access into the following season’s Europa League, unless they already qualify for the Champions League through their league performance, in which case the spot goes to the next best placed side in the league.

All games in the cup are played in a single game – except the semi-finals – going to extra time and penalties if the two teams are not separated after 90 and 120 minutes.

The competition has, historically, been dominated by Benfica, who have lifted the trophy 25 times. Portugal’s other two giant sides, Porto and Sporting CP, both have 16 victories under their belts.

Only a fool would part with any cash before ensuring they’re up to date with all the latest Taca de Portugal team and player news. Thankfully, we’ve got you covered – head over to our members’ area for more information.

Much like Portugal’s Primeira Liga, the ‘Big Three’ will always be the big three, and Benfica, Porto and Sporting CP generally fight it out between themselves for the trophy.

The football is good, although the finishing is often poor and the quality gap between the top sides and the rest is staggering. Some sides play far better football than their statistics show, though, so it’s advisable to watch some games before betting on the competition.

This isn’t the only Portuguese competition we cover, so wether it is for Taca de Portugal betting tips or any competition I’d recommend checking out our daily football tips.