In case you wish to know some basic information about ourselves, then here’s the place it’ll be! 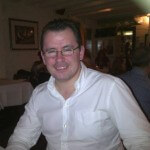 Hello there! I’m not like other tipsters on the Internet because I try to educate the punters rather than just lead them on like a shepherd does to sheep. That’s not a desperate cry for recognition as being unique; it’s just how it is. I write previews to show you all why I think what I do and that’s very important to me. In my view, a tip can be correct but unlucky, if that makes sense, and I get more mental satisfaction from that than I do from giving out a bad tip and it winning, although wins are obviously what count in this game. In order to attain any luck whatsoever in the betting world, you have to at least be on the right track with what you’re saying and what you’re doing. The rest is down to Lady Luck, I’m afraid, and sometimes she can be a bit of a bitch! I don’t bet for a living myself, but I do bet regularly, especially in-play, so you’re not alone in your frustrations if any of the tips don’t win, I assure you!

Football – well, I’ve been into football since I was four years old and from that time I have been an actual genuine supporter of Manchester United. Where I live is just outside Manchester so I’m at least relatively qualified to support them! Before I suffer a tirade of abuse, I would like to point out that I am a season ticket holder and have been for many years! There’s only one other team I support to a remotely similar degree that I do Manchester United and that is Athletic Club de Bilbao. I admire them and their ethos as well as enjoying their football. Those are effectively my “two teams” if you like. And no, I don’t like bias affect my judgement before you ask.

Unlike most tipsters, I won’t cover competitions/leagues I know nothing about. All the competitions I cover are competitions I know about. I don’t simply adorn statistics either, like most “tipsters” do – statistics can be very misleading. I prefer to watch the games and see what actually happens, you know? I feel that’s far more beneficial. I’d always make the point that statistics are used to support a bet, not to create a bet. If you’re using them to create a bet then you’ll lose, ultimately. Additionally, we have a number of people based around the globe that work with us so that we’re always informed of everything that is going on in each of the leagues that we cover, which means that we do the work so you don’t have to.

Football aside, the other things I’m loosely/partially/heavily interested in are geography, writing, travelling, history, playing pool, music, gambling, philosophy, geology, paganism, languages, walking, gaming – and that’s about it really. Music is my major “second” interest though – I like far too many styles of music though! Suffice to say that no day in my life is without football and music at some stage.

I don’t think there’s a lot else to say – you can email me at thefootytipster@gmail.com should you feel inclined although please be patient when awaiting a response – I have about two or three jobs at any one time and I’m not here every second of the day, much as thought I’d like to be. 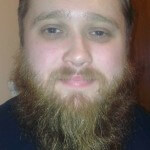 Well there isn’t too much to say about me – I will be honest and say I am not a huge football fan, I enjoy a good game but stopped supporting teams properly a while ago (I used to be an avid Linfield fan).

I still do bet occasionally, and of course when I do I always follow our tips (eat your own dog food and all that!)

Music and web development are my two main pastimes and I enjoy a good ale as well! When not working on The Footy Tipster I can be found working on some of my other projects; including a Disney pin website!

Although it’s Ian and Toby that run the site, it’s worth pointing out that the site would not function without its users so thanks to all of you, especially those who have shown us continued loyalty throughout the years. There are other people behind the scenes that help Ian with his tips on occasion and they know who they are and that their work is appreciated!

Sign up to our email newsletter to receive free tips

We will send our latest tips straight to your email inbox. We typically send 5 free tips per week.