Can Nottingham Forest make it back to the big time?

It’s been a long wait for Nottingham Forest fans so far, a wait that has felt at times like it might be never-ending. Since their relegation from the Premier League in 1999, Forest are yet to return, languishing in the middle-reaches of the Championship, and even slipping into League One now and then. They have flirted with the Championship play-offs on occasion, losing in the semi-finals in 2003 to Sheffield United, and in 2011 to Swansea City, but that is as close as Forest have come to regaining their place in the English top flight. 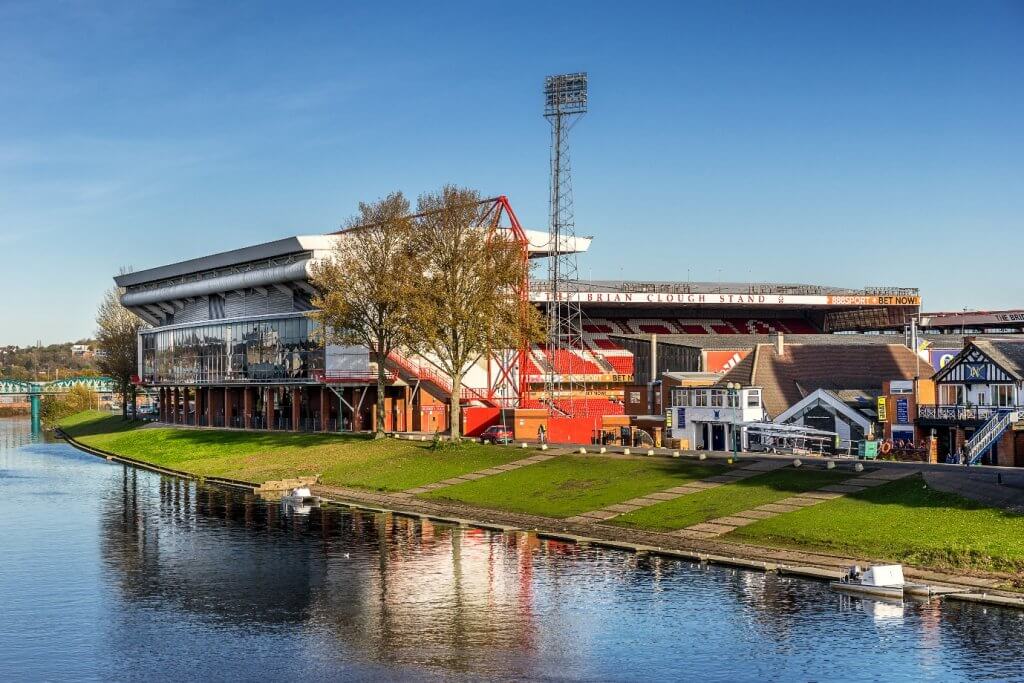 This season has so far offered a glimmer of hope that this could be the year that Forest rise like a phoenix. With the club sitting in third place at the time of writing, just one point off the top of the table, Forest have shown the kind of form that will excite supporters. With a good blend of youth and experience in the side and a forward-thinking coach in Sabri Lamouchi, perhaps supporters have cause for optimism despite Forest being thought of as outsiders in Championship betting.

Last season represented something of a turbulent time for the club, but on-field results were significantly better than previous campaigns. Forest performed well under Aitor Karanka in the first half of the season and were hovering within play-off contention until the Spaniard decided to leave the club in January. It was hoped that the subsequent arrival of Martin O’Neill, a club legend who won the European Cup with Forest in 1979 and 1980, would spark a final promotion push, but in the end, O’Neill fell out with senior players and was sacked in June, Forest having finished in ninth place.

The managerial uncertainty of last season overshadowed the fact that Forest possessed quality within their ranks, which was backed up with results. Wins over Leeds United and Sheffield United were evidence of that, and you felt that if Forest could build on those green shoots then promotion would not be out of the question this season.

They’ve managed to continue that gradual improvement this campaign, with the opening day defeat to West Bromwich Albion the only loss suffered by Forest thus far. Victory away at the then league leaders Swansea City last month was a sign that this Forest side are up for the fight. Two further wins since then have reinforced that belief.

For a club of Nottingham Forest’s pedigree and history of success, it is surprising that their absence from the English top-flight has lasted over 20 years. The club has a huge support base, owed in large part to the European success of 1979 and 1980, when Forest beat Malmö and Hamburg respectively to win those famous European Cup finals. Managed by the legendary Brian Clough, that Forest side inspired a generation, but those memories become ever more distant as the club continues to wallow in the pit of Championship obscurity.

The mixture of old heads and young talent in this Forest side seems geared perfectly towards Championship success. Centre-back Michael Dawson, 35, is the club’s elder statesman and has been ever-present in the league this season. Midfielder Ben Watson, 34, is another player with Premier League experience who less seasoned players can feed off. Up front, in Lewis Grabban Forest boast one of the Championship’s proven goalscorers with five goals to his name already this campaign.

If Lamouchi can continue to get the best out of this squad, then Forest fans will be hopeful of challenging for the play-offs at the very least this season. Those supporters have become too used to disappointment over the last 20 years, the moments of triumph tempered by the fact they have occurred in League One. But with a strong start behind them, and a team oozing with experience, it might not be long before the good times come rolling around once again at the City Ground.