We’ve been sharing Copa del Rey betting tips since 2015 and like to think we can provide excellent value with this competition. I hope you enjoy this writeup and the value we can share with you. 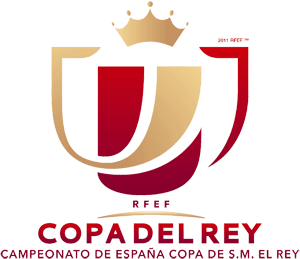 The Copa del Rey is a prestigious yearly cup competition fought between 83 Spanish clubs. The competition is informally known as ‘La Copa’.

The most successful team in the competition is Barcelona, with 28 titles. Athletic Bilbao have 23 (though they last won in 1984) and Real Madrid hold 19. Real Madrid have been the runners up a whopping 20 times.

Like a number of domestic European cup competitions, the winner of La Copa is awarded entry into the UEFA Europa League, unless the winner also qualifies for the Champions League, in which case the runner up is admitted.

We offer comprehensive Copa del Rey player and team news to all of our members, so that they’re never left in the dark in the run up to kick off. For all the inside info, head over to our members’ area.

Founded in 1903, the Copa del Rey is the oldest competition in Spanish football, predating the Primera Liga by some 26 years.

Despite the dominance of Barcelona and Real Madrid in the league, the two clubs have won just eight of the last 20 Copa del Rey competitions.

As Spanish football goes, this is a competitive cup, and represents the only realistic opportunity for many Spanish clubs to win any silverware under the dominance of the two giants.

For tips on this competition and more, please do check out our daily football betting page.