Seeing as our expert tipster is English, it is little surprise that we’ve been giving out English Premier League betting tips since the site started. In fact Ian has a well documented love of Manchester United, although he would never let it effect his betting. Here is a run down of what the English Premier League is and the value we can provide tipping on it.

What is the English Premier League 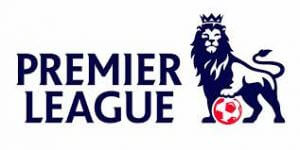 How can you summarise the Premier League? England’s top league competition has Home to a host of world football’s most historic teams, the 20-team giant is widely regarded as the best league in the world.

The top four sides gain entry into the following season’s Champions League, while the fifth, sixth and seventh placed sides quality for the Europa League. Every season, the three bottom teams are relegated to the Championship, the second tier of English football.

In the 2000s, the Premier League was dominated by the ‘top four’ – Arsenal, Chelsea, Manchester United and Liverpool. The rise of Manchester City and Tottenham Hotspur has disrupted the pack, though, and now as many as six teams could feasibly win the league during any given season.

As the most watched league in the world – with a potential TV audience of 4.7 billion people – the Premier League is also the most financially endowed. Lucrative TV rights deals have seen English clubs’ revenues balloon, cementing the league’s place as a world superpower.

For up to date team and player news in the build up to Premier League games, look no further. We offer comprehensive updates so that our members are fully informed ahead of the explosive match day drama.

Why we love the English Premier League

The adage that anyone can beat anyone in the Premier League is entirely true. Compared to the likes of La Liga or the Bundesliga, there are very few certain victories in England’s top tier, making it a difficult league to bet on.

The notion that the Premier League is the world’s finest isn’t to say that it’s home to the world’s best teams. The likes of Barcelona, Real Madrid and Bayern Munich are all arguably stronger than any Premier League offering, for example. What makes the league so special is its sheer unpredictability, with its relatively tiny quality gap between the best teams and the weakest.

Only in the Premier League could a triumph like Leicester City 2016 title success occur. Claudio Ranieri’s side rode a wave of momentum to lift the trophy and become just the sixth side to do so since the Premier League’s formation in 1992 – never mind the 5000/1 odds.

Whilst this competition is running you can be sure we will have top quality tips available in our daily tips section, and for more in depth analysis please consider becoming a member.