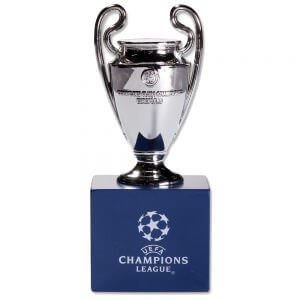 Second to perhaps only the World Cup, the European Champions League is the most coveted prize in football. Easily the most prestigious club competition in the world, the Champions League brings together the world’s best teams every summer.

Taking the national league champions from a host of European leagues – as well as the second, third, and even fourth placed side of some – the competition sees 32 teams entered into a double round robin group stage before a 16-team knockout phase.

Formerly known as the European Cup, the competition was rebranded in 1992. Where previously only the continent’s national league champions were put into a straight knockout competition, the rebrand saw the addition of a group stage and the expansion of the cup to include runners up from the top European leagues.

Real Madrid are the competition’s most successful side, with 11 titles, followed by AC Milan (with seven) and Bayern Munich, Barcelona and Liverpool (all with five).

Changes to teams at the highest level can significantly affect a team’s chances at a level this high. Luckily, we offer team and players news updates to our members to make sure you’re well informed before the teams head out onto the pitch.

Why we love the Champions League

Because of the money in club football, the quality of the Champions League has far superseded that of international football.

All of the world’s very best players compete under the world’s best managers, and there is arguably no more entertaining club competition in the world.

The financial gap between the strongest and weakest sides in the Champions League is stark, meaning only a handful of clubs are realistically expected to make the latter stages. The competition is great to bet on, though, and it’s undeniably football’s top prize.

Whilst this competition is running you can be sure there will be plenty of tips being mentioned in both our free and paid tips section. Check it daily for the latest updates.