We’ve been following and sharing Spanish Primera Liga betting tips since The Footy Tipster started, so we like to think we can provide excellent value. 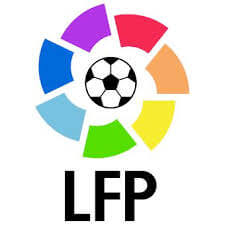 The Spanish Primera Liga, commonly known as La Liga, was founded in 1929 and is the top domestic league competition in Spain.

Since 1997 the league has been made up of 20 sides, with the top four qualifying for the UEFA Champions League and the bottom three being relegated to the Segunda División.

La Liga boasts the fourth-highest attendance of any professional football league, behind the Premier League, the Bundesliga and the Indian Super League.

The league is all but dominated by its two main giants, Barcelona and Real Madrid. The financial strength of both sides way outstrips that of their nearest rivals, and the two are the richest two clubs in world football.

Since the 2004-05 season, Barcelona and Real Madrid have shared the La Liga title in all but one season, when Atletico Madrid triumped in the 2013-14 campaign.

Some of the teams in La Liga are formidable, and it pays to know who’s likely to start a game before placing any bets. For up to date player and team news ahead of kick off, become a member and get all the inside info.

La Liga is generally a very entertaining and high-scoring league, with some of the world’s best footballers on display every week.

The league is dominated by its two giants, though, and the top two will almost always be the same year on year. Below Real Madrid and Barcelona (and the very strong Atletico Madrid and Sevilla) most teams are capable of beating one another.

One thing to note about La Liga is the disproportionate effect of the home advantage. We don’t recommend betting against northern Spanish teams when they’re at home.

During this competition, or indeed one of the many that we cover you should visit our daily football tips page to get the latest information and support.