We would be remiss if we didn’t provide World Cup betting tips, naturally we’ve always covered this competition. As you can imagine a lot of people like to bet on the world cup.

What is the World Cup 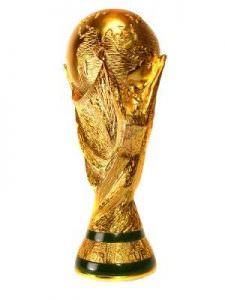 Every four years, World football comes together for a spectacle like no other. Established in 1930, the FIFA World Cup sees 211 eligible national sides battle for qualification to be part of the 32 teams taking part in the World Cup Finals.

A group stage is followed by knockout rounds culminating in the final, which is arguably the most important game in world football.

Since its founding, there have been 20 World Cup tournaments, and only eight national sides have ever lifted the trophy.

Brazil have been the most dominant side in the history of the competition, lifting the trophy five times, ahead of Germany and Italy (with four wins each).

Why we love the World Cup

The FIFA World Cup is, indisputably, the greatest competition in world football.

Though the quality of football may not be as high as in the Champions League, and the pool of realistic potential winners is relatively small, the cultural impact of the World Cup should not be underestimated.

Very few things can unite a nation like a World Cup triumph. Former victories quickly pass into the stuff of legend, and victories are remembered for decades – England, for example, still hark back to their only triumph in 1966.

The World Cup might not always be the best viewing, but it’s a must for every football fan.

When the competition is on you can be sure that our free and paid tips page will be full of World Cup tips and chat.