How important are managers to a football team?

In football the role of an all encompassing manager is becoming more and more out-dated as we being to see new structures take place with Head Coaches being supported by a Director of Football or Sporting Director. There are countless examples of excellent managers who have created great dynasties at their clubs with Sir Alex Ferguson and Arsene Wenger proving extremely successful at Manchester United and Arsenal respectively. 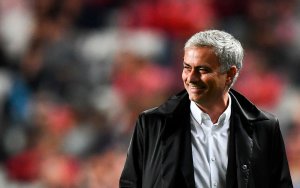 However it’s fair to say that nowadays the introduction of Directors of Football mean that clubs are looking to appoint for the position of Head Coach rather than Manager.

What is the managers role?

In what we now call a ‘old-fashioned’ manager, they typically performed these roles:

That is a vast amount of duties to oversee however it is pertinent to say that the exact duties differs depending on the time of the season, whether that be preseason, during a season or shortly after the season ends.

One role that I didn’t explicitly include above is that of head coach of the first team because not all managers performed this task. For example, Sir Alex Ferguson would trust his staff to formulate and create training drills to execute his plan. He was present at the training facility to oversee training practice itself however on a more hands-off role.

Conversely there are managers who also perform the duties of a Head Coach. For example, Arsene Wenger craved 100% control of the training plans for his Arsenal sides.

What is the difference between a Manager and a Head Coach?

In a sentence, the Head Coach has less influence and control over the sporting side of a club. However this is typically seen as a positive, and to answer why we need to discuss the Director of Football role.

Every club has a Chief Executive that manages the business side of the game; in a similar vein a Director of Football manages the sporting side of the game excluding the coaching of the team. They handle the composition of the playing squad including recruitment, contract renewals and transfers. The Head Coach still has valuable input into these areas however they do not deal with the day-to-day tasks.

The primary reason for this is to provide a strong and continuous structure that allows the Head Coach to focus on coaching the team. The managers tasks have been essentially split between a Director of Football and a Head Coach thus reducing the importance of a Head Coach.

Best predictor of success in football

Managers’ influence has declined rapidly in recent years with most managers getting sacked more often: their average tenure in English football has dropped from 3.5 years in 1992 to just over 1 year nowadays.

According to the book Soccernomics by Simon Kuper and Stefan Szymanski the best predictor of success is the squad’s total wage bill.

In an article on the Financial Times, Szymanski states that high wages attract good players. Therefore the higher the wage bill, the better a team typically performs. Their analysis found that, averaged over 10 seasons, a 90% correlation between wage bill spend and league position. Plot all the teams on a graph and you get a pretty neat line – as wages go up, so does a club’s league position.

Join our thriving betting community from only £7 per week, £12 per month or £110 per year for the latests tips and team news.

Want to be the first to hear about football betting competitions, discounts, and news? Join our newsletter