How many players are allowed on a football team?

Numbers of players allowed in football

As stated in the Laws of the Game, set by the International Football Association Board (IFAB), a team is allowed a maximum of 11 players on the pitch at any time – one of whom must be a goalkeeper.

Teams typically start matches with 11 players, however it is noted that the Law specifies that a team must have a minimum of seven players for a game to start or continue. Should a team ever only have six players the game will not be started or continued – this is a very unlikely scenario.

The origin of football substitutes goes back to at least the early 1860s as part of English public school football games when the term described the replacement of players who failed to turn up for matches. Nowadays we know that a substitute is a player that replaces another player during the game, these substitutions are normally tactical or related to physical condition i.e. injuries. 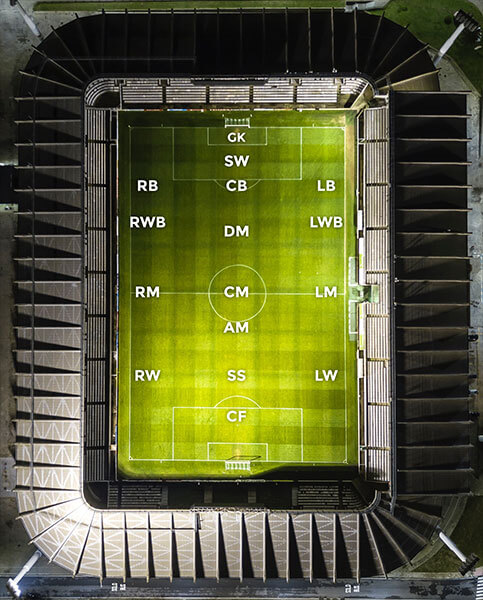 The 11 players take up a range of positions across the pitch depending on the formations they’ve chosen to play. There is a large range of formations including 4-4-2, 4-3-3, 3-5-2, 4-2-3-1 etc. however it’s fair to say that formations are very fluid.

Below is a list of the typical positions within most formations:

It’s worth pointing out that there are different variations of football that are typically played on a more informal basis. The main game is obviously 11 v 11 however the other popular variations are 7v7 and 5v5 commonly known as 5-a-side. Therefore the amount of players are different and these variations often allow for unlimited rolling substitutions.