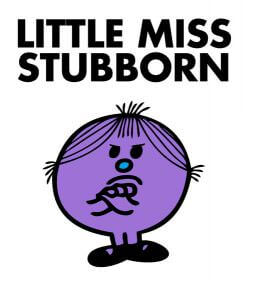 They have their “philosophies” and we’re all supposed to be impressed with their commitment to how they go about their business. Why is the modern day manager so one dimensional? It never ceases to amaze me when so called top class tacticians refuse to budge and fall into the same traps every week. We can’t expect everyone to be like Sir Alex Ferguson, granted, but we can surely expect a little adaptation. I’ll point out that my comments are pretty much exclusive to the current crop of Premier League managers, this coincides with a marked decline in standards in the EPL.

There’s only one place to start, Arsene Wenger – when this guy arrived in England he built a formidable team. Yes he inherited a wonderful back line, but those defenders weren’t challenging for the league every year. The players who took Arsenal to the next level, in the main, were Arsene’s purchases. Petit, Vieira, Henry, Wiltord, Overmars et al complimented the likes of Wright, Adams, Bergkamp and Seaman. Can you imagine Wenger bringing in a player like Petit now? We’d all pass out. Instead he brings in Granit Xhaka, why? You needed an enforcer, not a moron who can’t control his delinquency. One of Arsenal’s biggest problems is the players mentioned above left far too soon, you would’ve hard far more leaders at the club now if they’d developed alongside Henry and Vieira. We all know about Wenger’s philosophy, it’s entertaining when you watch an Arsenal game, but if he wasn’t so set in his ways he would’ve won more.

As a Manchester United supporter in his 30s I do appreciate that I’ve been spoiled, I’m also not complaining about our current dugout occupant. We’ve seen huge improvements this season, a few fortunate cup draws have papered over the cracks but we’ve progressed. I think this is the man to whom we should give some time. You guessed it, there’s a but: Why does the man make the same mistakes over and over? Please just attack, it breeds confidence and makes teams fear you. If you average 1.5 goals per game your players panic when they concede and if they miss a few chances they worry that it won’t come. We saw a Liverpool team nearly win the league in 2014 because they knew they were going to score, they scored 101 league goals – the only thing that stopped them was a Man City team scoring 102. Mourinho’s comments after a 0-0 home draw with West Brom seemed to sum up his issue (I’m paraphrasing) “the defensive players were very good; Valencia, Bailly, Rojo, Carrick, Fellaini…” – I wondered when the list was going to end. You’re at home against a Tony Pulis team, if he allows two players in your half he gets a nose bleed. He was attempting to criticise his attackers, all it did was highlight how many defensive players he used. His man management needs a polish, too. Some guys need a stick and some need a carrot, just adapt slightly and learn from your mistakes – Hazard stopped playing for him last season and it cost him his job.

Who’s next? Ah, Mr Tiki-taka. You have David Silva, Kevin de Bruyne, IIkay Gundogan, Sergio Aguero and Leroy Sane in your team, who would you like on the ball to build attacks? That’s right, John Stones and Claudio Bravo. When Guardiola came into the club we knew it would be his toughest task, he achieved wonderful things at Barcelona and did very well at Bayern, to achieve that dominance with City was always going to be harder. That said, he started by making excellent decisions before a ball was kicked; cocky bad influences were marginalised (Joe Hart, Yaya Toure and Samir Nasri), terrible players were disposed of (Wilfried Bony and Eliaquim Magala) and players he could trust were brought in to set an example (IIkay Gundogan and Nolito). The results started well, too, but it’s not the most complex of tactics and City have been found out pretty easily at times. The goals conceded by the manager putting pressure on Stones and Bravo were totally avoidable but stubbornness prevails yet again.

The easiest one to analyse has to be Jurgen Klopp at Liverpool. He simply burns out his players, absolutely every season without fail. He was great at Dortmund, that has to be pointed out, but they’re a huge outfit in the Bundesliga and when he was missing players he was able to cope – in England that isn’t possible. The high tempo pressing game he adopts is over the top, I enjoy watching the effort his players put in but it causes problems. Just watch out for it next season, Liverpool will be excellent until the end of November and then they’ll struggle until the middle of January. I still like the guy, though, I hope he keeps Daniel Sturridge for another year so we can listen to an honest assessment after every game – “Sturridge? Yes, lazy again”.

I’ve had a bit of a rant about four managers there, all of them are in the top bracket in world football and they’ve all achieved a lot, my point is if they changed just a little they could do it every year. The easy example, this season, is Conte at Chelsea. He started well but acknowledged he had a defensive issue; Terry was aging, David Luis is probably the most unintelligent footballer in the league and Cahill isn’t blessed with pace. This became obvious when Arsenal tore Chelsea apart, the game finished 3-0 and the Chelsea defence was all over the place. What did Conte do? He changed his system, he adapted. He put Cesar Azpilicueta in a back three, this allowed the Spaniard to fill the voids left by Cahill’s lack of pace and David Luis’ lack of cognitive function. Perhaps if the four guys mentioned above had adapted in a similar way they wouldn’t be chasing Chelsea’s shadow.

In spite of all this I think we have some brilliant characters in charge of teams in the Premier League, hopefully they can help get our league up to a higher standard. If Wenger, Mourinho, Guardiola and Klopp iron out their problems I like the idea of them battling with Conte and Pochettino.