Today I want to share with you an interview we did with Premier Better’s main writer Jessica Ogden. Jessica very kindly agreed to do an interview with me on the topics of her site and of football / football betting in general.

You can check out the site or the twitter feed, but of course not before you read the interview!

Can you give us a brief background on you and your interest in football betting? 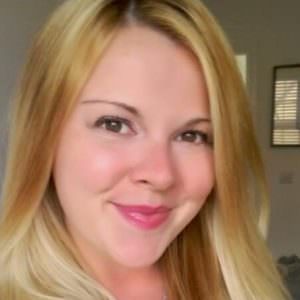 I’m relatively new to the world of football betting. Iv been watching football for my whole life but only started betting in the last 3 years. Originally my ex boyfriend was big time into it and taught me a few things but even years later I’m still enjoying a weekend flutter on a variety of matches. I find football a great way to break up the working week from the weekend. Working freelance, weekdays, weekends, day and night all seem to merge together. Football is something that defines my weekend.

Which teams do you support?

I support Ipswich Town so my football love is filled with torment and a lot of draws but i always have hope we can get back into the premier league one day. You’ve always got to have hope. Although my family is originally from East Anglia, I’m from north London so I have a lot of friends who support Arsenal, Tottenham and Chelsea. I love the rivalry between clubs and find the healthy competition between the north London premier league clubs very entertaining. This helps me spread my attention across a variety of clubs country wide and not just focus on one in particular.

How long has the site been about?

I started premier better last season. Lucky timing as we covered a lot of Leicester’s rise to success which was very big with Thai readers. I love international tournaments so the euro 2016 competition was brilliant to cover. Even if England were abysmal!

One thing I love about Premier Better is that you share information and reasoning and not just team x will win. What has been the reception to sharing this with punters?

Most readers are very happy to hear about every teams betting tip’s and if they are doing well or likely to win. It seems that most of my readers are neutrals. The only disagreements have been with posts about Manchester United.

Who are your favourite bookies?

I tend to bet with Skybet and bet365. But every bookie seems to have the best odds on some bets. I’m not pro or against any bookie particularly.

If there was one thing you would change about football betting what would it be?

I love football gambling so there is not really anything I would change in particular. Obviously I don’t think anyone should bet anything they aren’t prepared to lose as football is so random sometimes. I would like better odds on the favourites as I don’t think the odds from the bookies really reflect the randomness of the game.

If there was one thing you would change about football in general, what would it be?

If I could change anything about football it would be introducing the “sin bin” rule like in rugby. I think some refs use yellow cards too much when a 10 minute time out session would be much more interesting to the game. Also having the video referee (as in rugby) would be amazing we we have had many dodgy decisions made by refs.

What are some of your favourite online football betting resources?

I visit a variety of online betting websites. A wide selection often helps me decide exactly where to place my money.

Are there any resources or people you’d particularly recommend as providing great football information?

I visit the BBC sports football page more than any other. I trust the information on there more than most. I do love some fan blogs too as they have the best gossip. I visit TWTD regularly for all my Ipswich Town gossip.

If you could share one tip on football betting to our readers, what would it be?

Go with your gut would be my advice to any football gambler. I’ve won much more money betting on the team I want to win, rather than the favourites to win. Favourites don’t always win matches, especially when included in accumulator bets. Also you often get bad odds betting on them anyway.

Do you have any plans for Premier Better in 2017?

As well as Premier League and Championship games I will be venturing into the women’s 2017 Euro tournament. I love to promote women’s football in the same way as mens. Although the women’s game may not be quite as developed, it is still just as much fun to watch and bet on.

Women’s football is an interesting domain as the people that know most about it are women who are often associated with the clubs and players. This changes the landscape a lot and the men that are interested in women’s football are humble and enthusiastic to get involved. It’s very good to see that side of some male football fans and not judge them as all the same.

How have you found being a female tipster in a largely male dominated industry?