Champions League finals are always the most thrilling, amazing, and stunning matches with full of surprises in football history. There are cries, laughs, joys, and sadness at the same time in the memorable, magical nights.

Below is the list of top 3 greatest Champions League finals in the history that we, the football lovers, can never forget. 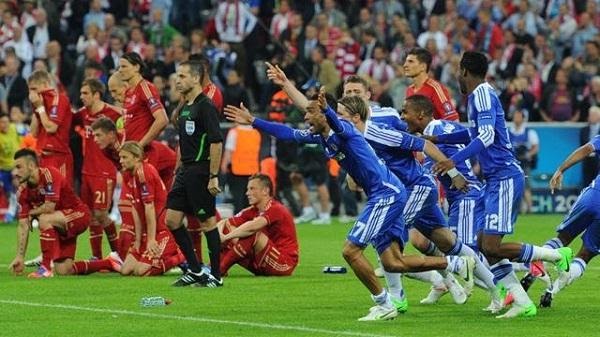 The UEFA Champions League 2012 final was one of the greatest matches that all fans of “the Blues” can never forget. The magnificent game in Germany was also among the greatest comebacks of all time in Chelsea’s history.

The final was tied at 1-1 after the full match and two overtimes, which forced both teams to the penalties. In this series, Chelsea was simply better thanks to the brilliance of the Serbian goalkeeper – Petr Cech and the legendary forward Didier Drogba.

But if you remember 120 minutes before the penalty series, you will never believe what would happen next.

Bayern Munich, which was a giant representative in Germany at that time, was playing at their home stadium – Allianz Arena. Even the most positive football fans couldn’t think of a good result for Chelsea as they were under their temporary manager – Roberto Di Matteo.

Bayern Munich soon dominated the game with many dangerous chances and shooting attempts from Robben and Mario Gomez. However, it was not until the 83rd minute that the whole stadium was exploded with the precious goal of Thomas Muller.

When everyone thought about a win for the Bavarians, Drogba came from nowhere to hit a stunning header for the equalizer. This goal lighted up hope for the Blues, but this legendary striker, then, fouled inside the penalty box in extra time to give Bayern the chance to finish the match.

However, Robben couldn’t make it through the brilliant Cech, which was the critical moment for the magical night of Chelsea. The Blues won 4-3 on penalties and stood on the top of European football in 2012 in the most incredible way.

Someone said this was a lucky game in a fortunate season with Di Matteo. We, however, highly appreciate the efforts, determinations, and never-give-up spirit of Chelsea players at the roughest time.

People always say the magnificent night in Moscow was among the most beautiful nights for every Manucians. Indeed, the Red Devils played the fantastic football in that UEFA Champions League final. 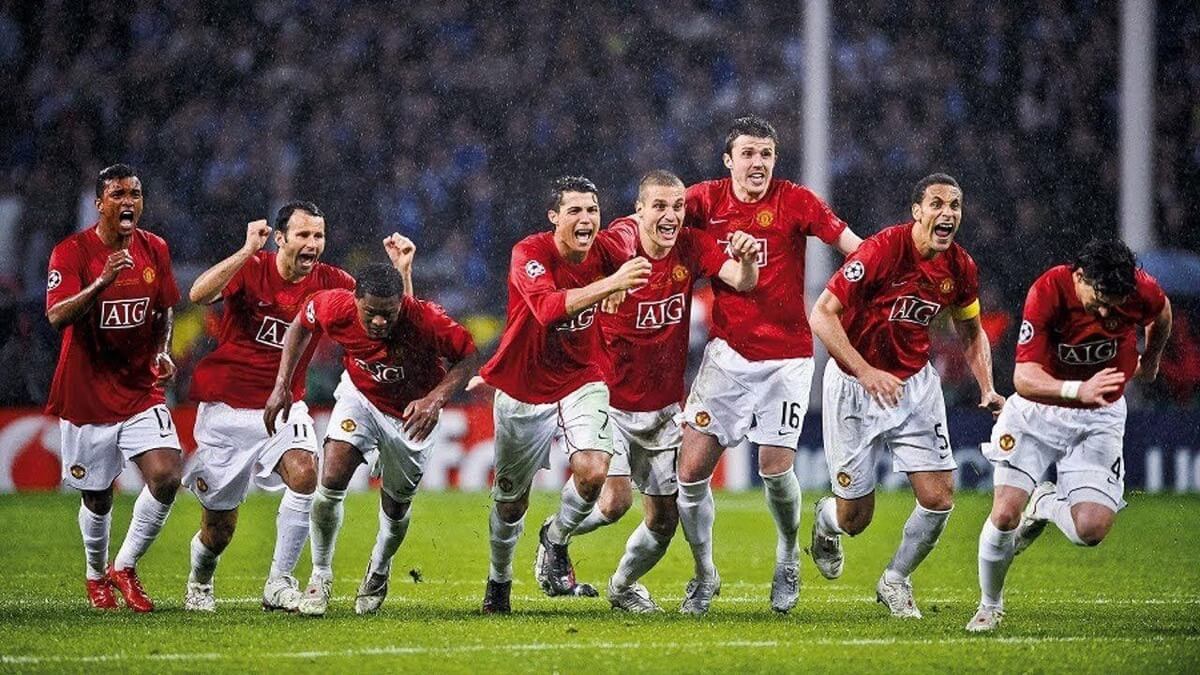 The three deadly strikers: Ronaldo, Rooney, and Tevez, were the scariest nightmare for every defender at that time. MU soon had an opening goal by superstar Ronaldo, but Chelsea’s legend Lampard equalized with an emotional goal dedicating for his father.

After that, the match became hotter when Chelsea hit the crossbar and pole twice; Tevez and Essien both missed the apparent chances to lead their team advance. The excellent center-back John Terry also saved Chelsea and cleared the ball in front of the goal line.

Opportunities and attempts were made by two teams, but nobody could deliver more goals after 120 minutes. The tie result forced MU and Chelsea to the breath-taking penalties, which were not for the mistakes.

Chelsea first lighted up their hope when Ronaldo missed his shot and turned to a little tear right after that. However, at the decisive situation, captain Terry also slipped his foot and hit the ball outside in regret.

Maybe forever after, this excellent English defender could never forgive himself in that embarrassing moment. A few minutes later, Edwin van der Sar became the hero to block the shot of Anelka and brought the precious cup to Manchester United.

The magical night in Moscow was eventually for MU fans. There were many factors to make that match classic: red cards, injuries, opportunities, and missed penalties. What more could we expect?

“The best and greatest comeback ever in football history,” “the craziest and wildest win,” “the most incredible Champions League final,” etc. You can pick one of them to say about the 1999 final match of the UEFA Champions League as we cannot use any more words to describe it.

No one could believe in such a dramatic match between Bayern Munich and Manchester United at Noup Camp stadium. Was it real or just a dream with the Red Devils? Yes, it was real.

Mario Basler brought sadness to the squad of Sir Alex Ferguson for nearly 80 minutes of the game with the first opening goal in the early game. When everyone thought of the win for Bayern Munich, there came a stunning moment that shocked the whole world at that time.

Teddy Sheringham came from the ground to score a crucial equalizing goal for United when the game was a few minutes left. Not fully recovering from the sudden goal, the Bavarians soon received another one, which was scored by Ole Gunnar Solskjaer from a corner kick.

The audiences exploded, screamed, cried, and yelled from all around the stadium. Meanwhile, Munich players did not know and understand what was happening here. They didn’t want to believe what they had witnessed in the past two minutes, either.

The final result was 2-1 for Manchester United, while they got the treble titles in club’s history: EPL title, UEFA Champions League cup, and FA Cup. This was the golden generation of Man Utd as they also achieved more and more after that.

UEFA Champions League finals always bring the most sensational moments to all football lovers in the world. As we often say, we won’t be sure anything in the final of the Champions League, or everything can happen.

Above is the list of top 3 greatest Champions League finals in football history. However, this list will be suitable for English fans as they were all the winners in the end. So which is your favorite match?