We’ve been providing Brazilian Serie A betting tips for as long as we’ve been in business, so hopefully you enjoy this quick overview.

What is The Brazilian Serie A? 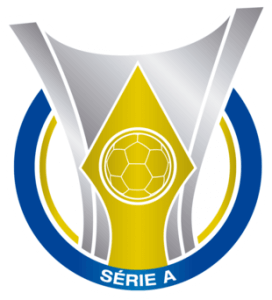 Otherwise known as the Compeonato Brasileiro Série A or simply Brasileirão, Brazil’s top-flight collection of 20 clubs is widely acknowledged to be one of the world’s finest leagues.

The most watched league in the Americas, the Brazilian Serie A is broadcast in 155 nations, and is the sixth most valuable championship on the planet. Despite the fervent interest in Europe’s top five leagues, the IFFHS ranked Serie A the fourth strongest league in the world for the period 2001-12, behind only the English Premier League, Spain’s La Liga, and its Italian namesake Serie A.

Arguably the league’s biggest name is Palmeiras. The São Paulo side have lifted the title nine times and they boast some 17 million supporters. The region itself is home to a dominant 30 titles, shared across five teams.

The age old adage that Brazilian players possess unmatched flair is kept very much alive here, though goals aren’t as common as many would think. The MLS might be catching it commercially, but the spirit of football is well and truly alive in a nation famed for its style.

Following the Brazilian Serie A is more rewarding than many might think, though it’s a more predictable tournament than we might like. Ultimately, some exceptional players have cut their teeth in the South American behemoth, and even if your bet doesn’t come in, you’ll have a cracking time watching.

If you want to read our Brazilian Serie A Betting Tips then check out our daily tips page.