In 2016 we decided to start providing Svenska Cupen betting tips, we’ve been covering the Allsvenskan competition since the site started and figured it was high time we provided value to this cup. 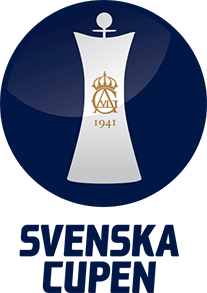 The Svenska Cupen is Sweden’s primary club cup competition, made up of 96 teams from all tiers of the country’s league pyramid. A woman’s equivalent exists under the same name.

The winner of the cup is not only awarded the Gustaf VI Adolf Cup but is also granted entry into the following season’s Europa, arguably a more prestigious prize than the cup itself.

Malmö are by far the competition’s most successful team, lifting the trophy 14 times since the competition began in 1941, to second-placed AIK’s eight.

We’ve covered the Svenska Cupen since 2016, and we’re pleased to be able to offer our members up to date team and player news. Being informed on the line-ups can be the difference between a blind bet and a smart one.

Much like the Allsvenskan, the Svenska Cupen is not home to the highest standard of football, but boasts entertainment and goals with the occasionally upset given the narrow quality gap between many of the teams.

Travel time is a factor given Sweden’s size, and the slight majority of fixtures are played on artificial pitches.

Domestically, the league doesn’t garner too much interest with the final often not sold out, something the Swedish Football Association have been trying to rectify by experimenting with the format of the cup.

If you’d like to see our specific betting tips for this competition, simply check out our daily football tips section.