When I was a kid I was obsessed with playing football. I was a goalkeeper for my school and my cub/scout teams and I was a defender for another team.

At the weekends and in the summer it was great because I could go to the park with friends or some other playing fields for a kick about, but 80% of my football was played on the street, using gates as goalposts and having to clear the “pitch” every 5 minutes for a passing car.
Why am I telling you this? Because some time ago I was browsing the web (as you do!) and I came across this picture. 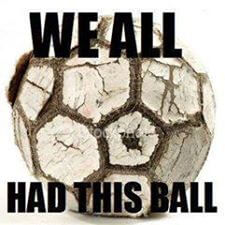 So many memories came flooding back to me, I had that ball, we all had that ball! So I started looking around the web for other pictures that made me nostalgic.
Here is what I found. Please do comment and add your own! And please enjoy. 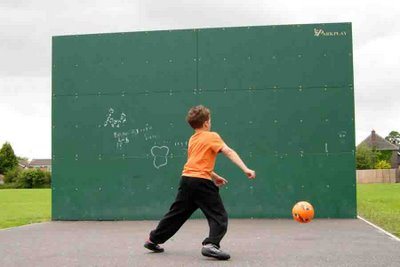 The first was playing football against a wall – Wallie was what we called it in Belfast but I think other people have different names for it? 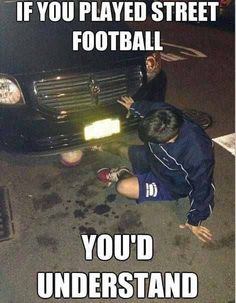 This happened *way* too often, if you were super unlucky it would come out covered in oil. 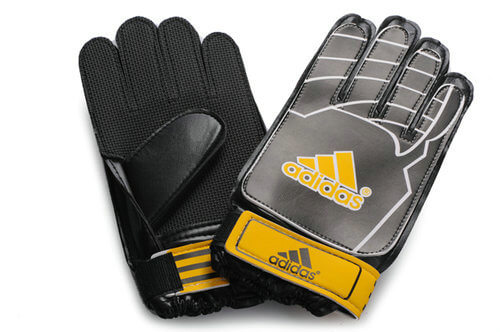 Like I said I was a goal keeper, so I had my own gloves, but a last memory is having to share gloves with the rest of the team anytime people swapped. I think there is a rule in the UK that only one in eleven households are allowed to buy goalkeeper gloves. 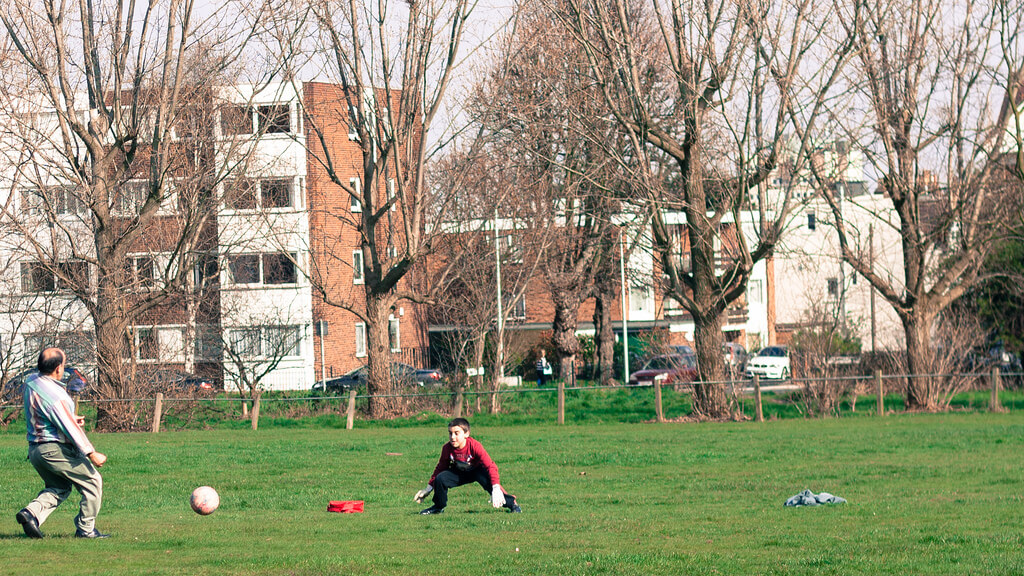 The classic! Jumpers for goalposts – and of course the crossbar was as high as the keeper could reasonably be expected to jump. 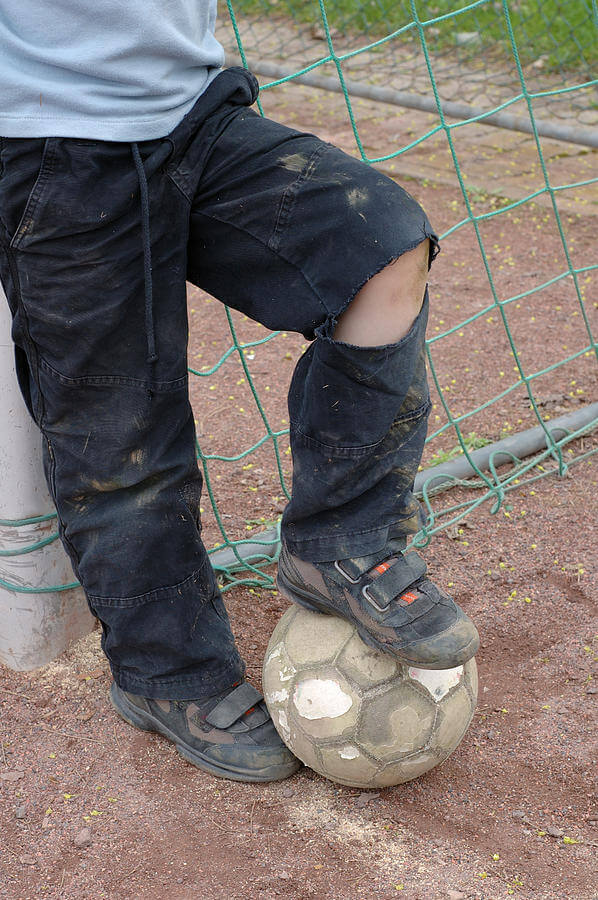 Always having at least one hole in every pair of trousers from slide tackling on cement! 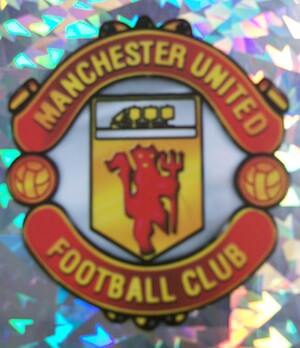 Finally – The coveted shiny Man U sticker in your sticker collection. You were the bees knees if you had this as a double!
Hope you enjoyed enjoyed these and like I say, please do share any more you have.