The history of football

Football, known as soccer in some countries, is a popular sport with millions of spectators all over the world paying to watch their favourite players every day.

However, most people who cheer their teams on will have no clue as to where it all began.

They may be able to tell you who their top scorer was last season but may not know who featured in the first ever international match or who the first ever football league champions were.

To help people understand a little bit more about the origins of the beautiful game, here is a brief(ish) history of football.

Where it All Began

There are several examples of football-type games being played throughout history.

The Romans had a game called Harpastum, the Chinese had Cuju, and the English had Shrovetide football. In fact, research has shown a game similar to football being played in London as far back as 1170. 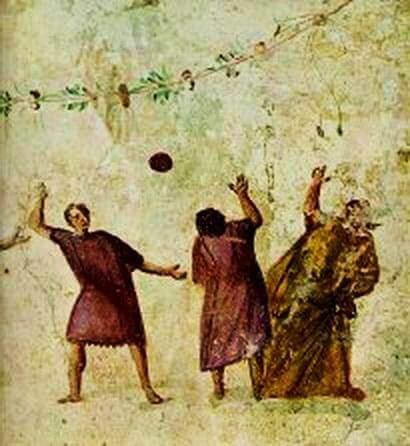 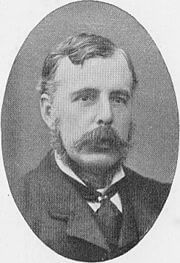 Charles Alcock – The first player to be done for offside! (image credit: wikipedia)

But, football as we know it was first established in 1863 when the sports first governing body was created. That body was the English Football Association, who created a rulebook which contained the first reference to “pass” a ball.

Passing and team play weren’t a part of football to begin with, and there was no offside rule in the original rulebook, but these all started to become popular in the late 1860’s.

An offside rule was created in 1866, based on the old Cambridge rules from 1848, with centre-forward Charles Alcock the first player to ever be ruled offside.

The Royal Engineers became the first team to play “beautiful” football by using passing strategies and teamwork as a regular feature of their style of play.

Over the years, the game moved on and more rules were established.

The first ever cup competition was The Youdan Cup, a 12-team tournament which was held in Sheffield in February and March 1867.

This tournament was held under Sheffield Rules, which differed from the new FA rules, and was won by Hallam FC.

The first nationally organised tournament was the FA Cup, first held in 1871/72 featuring fifteen teams. Thirteen matches were played overall and Wanderers won the trophy by beating Royal Engineers 1-0 in the final held at the Kennington Oval.

Qualifying rounds for the FA Cup were introduced in 1888/89, which was the beginning of the tournament as we know it today.

Wembley Stadium first hosted the FA Cup Final in April 1923. Bolton Wanderers beat West Ham United 2-0 at the now home of English football, which was then known as the Empire Stadium.

Due to breaks in the competition for both the first and second world wars, the FA Cup celebrated its centenary in 1980/81.

The Football League Cup was created in 1960, to apparently exert power over the FA and as a response to the growing popularity of European football.

As the game progressed, teams were permitted to become professional and more competitive games were required.

This led to the creation of the Football League by Aston Villa director William McGregor in 1888. The first league consisted of six teams from the Midlands and six from Lancashire.

The second division was introduced in 1892, with twelve clubs playing in the second tier and sixteen in the first division.

Woolwich Arsenal were the first Football League club from London, when they joined in 1893. This was also the same year that Liverpool joined the league.

The football league continued to grow, eclipsing its rival Northern and Southern leagues, and by 1905 both divisions had twenty teams apiece. This allowed more southern teams to join, although there wasn’t a southern winner of the league until 1931 when Arsenal were crowned champions.

Expansion of the League

After the First World War, the top two divisions were expanded to twenty-two teams each.

After the Second World War, the league continued to grow.

In 1950, the total number of football league clubs had reached 92.

Evolution of The League

Substitutes were first introduced into the game in 1965. Originally, this allowed a team to make one change for an injury but was allowed for any reason from a year later.

The number of substitutes has gradually increased and now three changes can be made by each team during a match.

Other significant changes have been made to the league, which have changed the game forever.

Goal difference is a major factor in determining final placings in divisions, with some teams missing out on promotion or being relegated due to having a worse goal difference than another team on the same number of points.

Originally, teams would receive two points for a win and one for a draw. This was changed in 1981 so that the winner was awarded three points. Many believe this was to further increase attacking play.

The 1986/87 season saw the introduction of the end-of-season play-offs to determine the final team to be promoted from one division to the next.

This meant teams had more to play for towards the end of a season, with less non-important matches being played.

The same season was also the first that promotion from the non-league Football Conference was introduced. Before this point, the bottom club of division four would have to apply to remain in the league. After, they were relegated and replaced by the top team from the conference.

Football as we know it changed forever in 1992, when the football league division one was replaced by the new Premier League.

This was a breakaway by top flight clubs, with more money introduced to the game and more broadcasting rights which was in an effort for English clubs to compete with the top European teams.

Apart from more money for top flight clubs, more live football on TV, and a gradual influx of foreign players, the promotion/relegation system with the football league remains the same.

The first ever recognised international football match was played between England and Scotland on the 5th March 1870. The match, played at The Oval in London, finished 1-1 and was the first in a five-match series to be played between 1870 and 1872.

England won three of the next four, with the other ending in another draw.

It was only a matter of time until the game spread globally, and many countries created their own football associations.

The biggest milestone with regards international football was the creation of FIFA in 1904, with seven founding members. Those members were France, Spain, Denmark, Netherlands, Switzerland, Sweden, and Belgium. Germany also showed an intention of joining.

FIFA continued to grow and had 41 members when the first World Cup was played in 1930.

That first World Cup, held in Uruguay, was contested by thirteen nations and won by the hosts. Belgium, France, Yugoslavia, and Romania were the only four entrants from Europe. The four home nations declined an invitation to take part.

After the Second World War, the home nations re-joined FIFA and competed at the World Cup for the first time in 1950. Uruguay also took part in the 1950 tournament, after boycotting the previous two.

Numbers of participants in the World Cup went up and down for several years but was set at twenty-four in 1982, and risen to thirty-two in 1988. In January 2017, it was announced that the finals of the 2026 World Cup will have forty-eight teams.

UEFA, the Union of European Football Associations, was formed in 1954. They introduced the UEFA European Championships, which was first played in 1960 and then in the even-numbered year between World Cups every four years.

The first ever playing of this tournament, known as the European Nations Cup, was contested by just four teams and consisted of two Semi-Finals and a Final.

Four nations contested the finals in each tournament until 1980, when the number rose to eight. This number rose again in 1996, in which sixteen teams took part as England hosted the tournament. The 2016 tournament was the first to have twenty-four teams in the finals.

If you found that interesting you may like our article on the history of the word “punter”. If you’d like us to keep writing these types of articles please leave a comment below.

Join our thriving betting community from only £7 per week, £12 per month or £110 per year for the latests tips and team news.

Peter is a freelance sports and betting writer. He has an in-depth knowledge of football, gained through 30+ years of supporting Crystal Palace, and would like to think he knows (almost) everything there is to know about sports betting.

Want to be the first to hear about football betting competitions, discounts, and news? Join our newsletter