2018 World Cup qualifying in Africa started back in October 2015 and little did Egypt or Mohamed Salah know exactly where they would be come the year of the tournament.

The Egyptian football team enjoyed a great spell of success between 2006 and 2010, winning the African Cup of Nations three times in a row.  Since then, they have failed to qualify for the tournament three times before finishing as runners-up in 2017.

Salah finished the 2017 African Cup of Nations as joint second highest scorer with 2 goals and the player who finished top of the goal scoring rankings only ended on 3 goals. 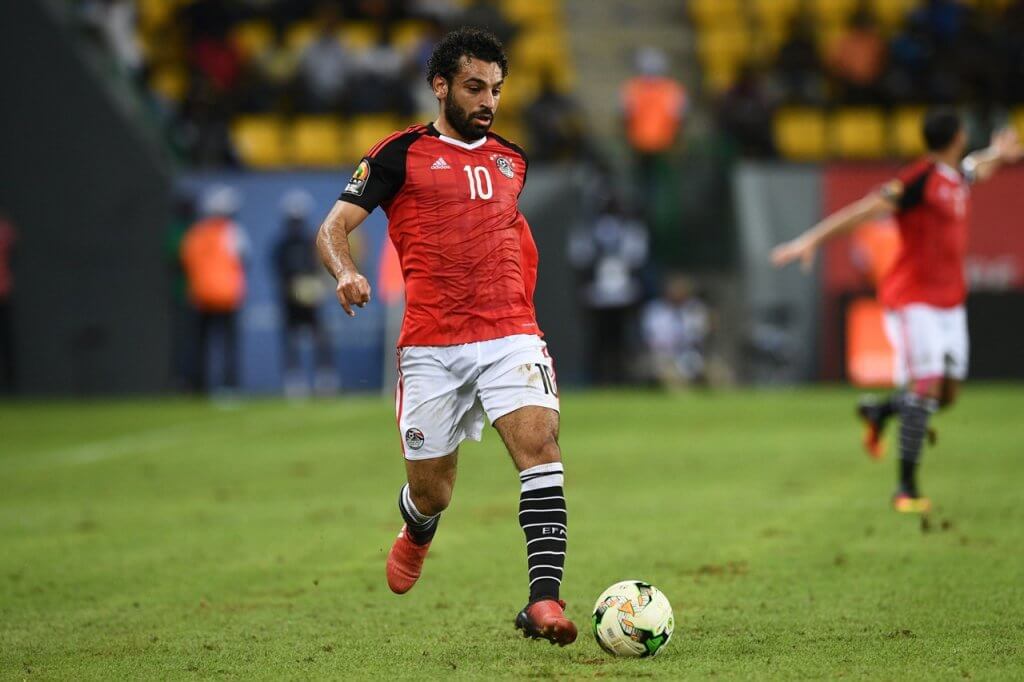 Salah doing what he does best

A look at Egypt’s World Cup record shows they have previously qualified for the event just twice, once in 1934 and again in 1990.  In the former, Egypt were eliminated at the first-round stage, going down 4-2 to Hungary.

That tournament was held in Italy and it wasn’t until 1990 that Egypt reached their second World Cup finals and that was also hosted by the Italians.  Again, it was a tournament to forget for the Egyptian players and despite only losing one of their three group games, they failed to win a match and were eliminated at the group stage.

What followed was a barren spell of 14 years, where Egypt failed to qualify for another World Cup but that all changed during qualifying for the 2018 tournament and The Pharaohs have one man to thank and his name is Mohamed Salah.

Egypt’s qualifying campaign for the 2018 World Cup started in the CAF second round with a two-legged tie against Chad.  It was Chad who won the first leg at home 1-0 but Egypt responded in-front of their own fans to win the second leg 4-0 and qualify for the third round.

The third round is where things became very interesting and the teams were split into groups of four.  Only the top team from each group qualified for Russia and Egypt were drawn in Group E along with Uganda, Ghana and Congo.

Egypt started with a tough away match in Congo and fell behind after 24 minutes.  However, an equaliser by Salah sparked a fight back by Egypt and they went on to win the match 2-1 and pick up 3 crucial away points in the group.  Then came a crunch match at home to Ghana and Salah was once more in the driving seat, scoring the opening goal in a 2-1 victory.

Following a 1-0 defeat in Ugandan, Salah stepped up again, netting the only goal in the reverse fixture to leave Egypt with 9 points from four games played.  Salah’s presence in the team was becoming increasingly important and the Liverpool forward scored two more goals as he led his team to a 2-1 win over Congo, a last-minute penalty being the decisive strike.

That win was enough to seal Egypt’s place in the 2018 World Cup and they have one man to thank, Mohamed Salah.