Who will win the Premier League next season?

If the 2015/16 season provided us with a strong candidate for ‘greatest sporting shock ever’ as Claudio Ranieri’s Leicester finished top of the pile, 2016/17 was more like ‘business as usual’ as Chelsea overcame a slow start to grind their way into what turned out to be an unassailable lead and lift their fifth Premier League trophy. 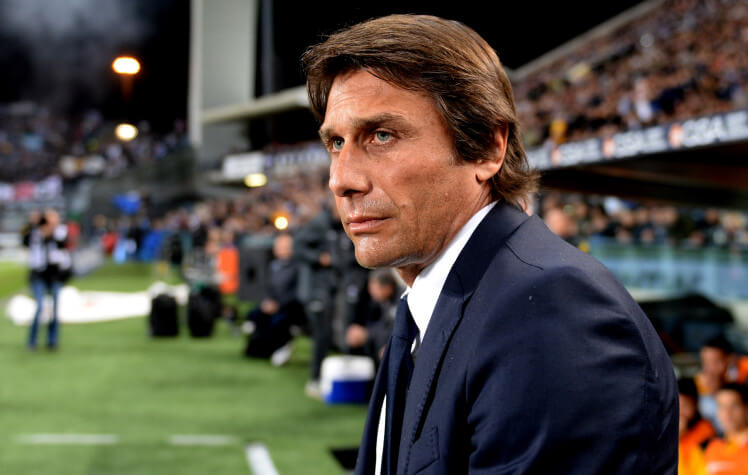 UDINE, ITALY – APRIL 14: Head coach of Juventus Antonio Conte looks on during the Serie A match between Udinese Calcio and Juventus at Stadio Friuli on April 14, 2014 in Udine, Italy. (Photo by Dino Panato/Getty Images)

Their then new manager Antonio Conte had quickly realised that the formation he had preferred to play initially just wasn’t working and that a system involving three central defenders was a better use of the talent he had at his disposal. The former Italy man was impressive in his handling of Chelsea’s big names all season long and, although their detractors will point to their lack of European football as an obvious aid, which it surely was, they deserved their title win and should be strong again in 2017/18. With Willy Caballero the only new name to have arrived so far this summer, and with over £70 million worth of outs, including Juan Quadrado, Nathan Ake and Asmir Begovic, Conte presumably has a few ideas up his sleeve for the coming weeks.

Arsenal fans have had a while to get used to the fact that Arsene Wenger is sticking around for what will probably be ‘one more season’ and they’ll have been mildly satisfied to see an expensive striker come through the door in Alex Lacazaette, signed for £52 million from Lyon. Other big names are on Wenger’s radar too and he’ll surely need at least two more at that sort of price if the fans are going to start the season happy. Alexis Sanchez and Mezut Ozil seem to be staying put so there is some reason for optimism, but only if the money continues to be spent in the coming weeks. Currently you couldn’t say they’re likely to win the league next season with online bookies on the 7th July making them 11/1 outsiders for next season’s EPL title.

Liverpool had a fair run last season and the fans are fully behind the manager which is always a help, but boy do they have work to do to close the gap if there aren’t a few more big names heading to Anfield before the season starts. Chelsea also-ran Mohamed Salah is back in the Premier League as their record signing at £34 million, and that figure alone tells a story in itself. Chances are Jurgen Klopp will have to wait to see if his team qualify for the Champions League via the qualifying rounds before any more significant signings will be sanctioned and that will leave them playing catch up. It may still be a season or two too early still for Liverpool but let’s hope they stick with Klopp because there’s a feeling that he’ll be able to get it right eventually.

You’d have to say Jose Mourinho’s Manchester United had a pleasing season as things turned out. It looked for all the world like they were underperforming throughout but ultimately they’ve ended with an FA Cup win and a Europe League title which also grants them entry to the Champions League. They have a born winner in charge and another summer of building under their belts so surely this is the season that the Old Trafford faithful can expect a strong title challenge. Zlatan has gone and looks like being replaced by Romelu Lukaku from Everton in a £75 million deal, while the only confirmed arrival so far is Swedish stopper, Victor Lindeloft, from Benfica. A nice squad is emerging under Mourinho’s guidance but more money will need to be spent between now and August to make them standout as the probably winners.

With Jesus arriving at The Etihad Stadium in December and Bernardo Silva and Edersen both moving to Manchester this summer in big money moves, City are turning Brazilian in a big way. Pep Guardiola has had a season to see what all the fuss about the Premier League has been about and he will surely now agree to it being the most competitive league in the world. However, his methods seemed to be sinking in towards the end of last season and with the focus clearly on investing on players with superior technique, City fans should at the very least have an attractive brand of football to watch this coming season. But can that style also produce substance and grind out those wins on a wet and windy night at Stoke (cliché alert)? It will be interesting to see who else is on Guardiola’s shopping list but as things stand it’s hard to see them being streetwise enough to go all the way over 38 tough games.

Spurs are surely the most exciting Premier League team of the past few years and for the neutral their ambushing of the Top 4 has been a pleasure to watch. With a manager who seems to know exactly what he’s doing at every checkpoint and with the hottest young talent that England has to offer, Spurs are in a great position to make a third serious title challenge in a row, and one that could finally deliver. The fact they’ve yet to make a summer signing shows what a settled first team they have and only players that will genuinely improve the squad will be on Pochettino’s radar.