We’ve been providing betting tips for the European Championships since the start of the site, which is hardly surprising given the popularity of the competition.

What are the European Championships? 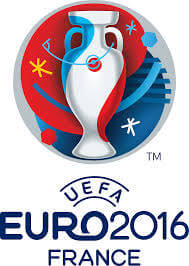 Known as the ‘Euros’, the UEFA European Championship is a quadrennial cup competition held since 1960, featuring national teams from Europe.

The Euros are held on an alternative four-year cycle to that of the World Cup, meaning European clubs compete in major international tournaments every two years.

Why we love the Euros

Though less prestigious than the far more historic World Cup, the Euros are still passionately contested by some of the finest international sides in world football.

No team has managed to dominate consistently, with Spain the only country to have won two consecutive competitions, in 2008 and 2012.

Of the FIFA world ranking of the best national teams in the world, 11 of the top 20 regularly compete in the Euros, with South American sides making up the other nine. Other than the World Cup, there is arguably no better confederations cup.

During this competition we always advise checking our tips daily to ensure you get all the latest and most relevant information. Another tip is to check our comment sections because incredibly knowledgable folk like to post there!