We’ve been sharing Primeira Liga betting tips since before it was called the Primeira Liga! We hope you enjoy our short writeup of the competition and the value we can share with it. 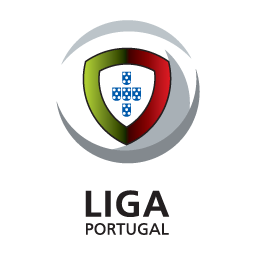 The Portuguese Primeira Liga is the top division of Portuguese club football. Of the 18 teams that compete, two are relegated to the Segunda Liga while the top three are admitted into the following season’s Champions League.

The league is dominated by the so-called ‘Big Three’ of Porto, Benfica and Sporting, a nickname used since the year 2000.

In fact, the last time a team other than one of the Big Three won the Primeira Liga was in the 2000-01 season, in which Boavista beat Porto to the title. Before that you have to look as far as the 1945-46 campaign, when Belenenses were triumphant.

As the Primeira Liga grows in stature, so does its international coverage. We’re able to offer our members up to date team and player news ahead of fixtures, so that they’re never left guessing when they put money down.

The past few years has seen the Primeira Liga’s reputation flourish. Some argue that the competition is a rival to France’s Ligue 1 as the fifth-best European league behind La Liga, the Premier League, the Bundesliga and Serie A.

The football is generally good, but the finishing is poor, and the quality gap between the top three is so great that it’s unlikely any side will unsettle their dominance any time soon.

Scorelines are far less one-sided than you might think, though, and anyone betting on the Primeira Liga should endeavour to watch as many games as possible; teams are quite often far better than their statistics would have you believe.

For all the latest betting tips (not just for this league) you should head on over to our daily tips page. It is updated daily with all the latest tips and information.