In 2016 we decided to start providing Suomen Cup betting tips, along with adding it to our in play offering we also provide team news for the competition. I hope you enjoy this write up of the competition and the value we can share with you if you decide to bet on it.

What is it the Suomen Cup? 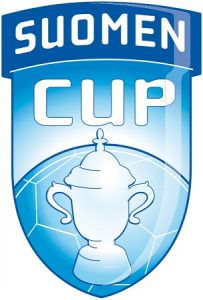 Established in 1955, the Finnish Suomen Cup is the primary domestic cup competition in Finnish football, featuring all 125 clubs registered to the FA of Finland.

Like most domestic cups in European countries, the winner is granted entry into the following season’s Europa League.

Finland’s other cup competition, the Finnish Liiga Cup, was abolished following the 2016 tournament. This was replaced by the group stage of the Suomen Cup beginning in the 2017 season, extending the tournament and putting more emphasis on the more historic trophy.

HJK and FC Haka are the cup’s most successful clubs, with 12 wins each. Reipas Lahti come in third, with the name engraved seven times on the trophy.

We are pleased to be able to offer our members the very latest teams news ahead of kick off in the Suomen Cup. To ensure that you’re as up to date as possible, head over to our members area.

Why we love the Suomen Cup

Finnish football has become more competitive in recent years, with HJK’s period of dominance giving way to a period of more genuine competition.

Most teams in the Suomen Cup can beat each other, so avoid heavy bets in this competition.

Since the abolition of the Liiga Cup, the Suomen Cup has seen better turnouts at games and the teams from the Veikkausliiga have been taking the cup more seriously.

For betting tips for this competition and more, please check out our daily tips section.