We’ve been offering team news, in play betting and general Ykkonen betting tips since we started the site, which not a lot of tipsters can claim! Hopefully you enjoy this writeup on the league and the offering we can bring to the table. 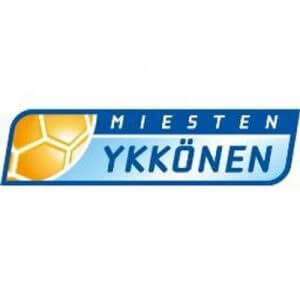 The Ykonnen is the second tier of Finnish league football. Featuring 10 teams, the league operates on a promotion/relegation system with both the Veikkausliiga (Finland’s top tier) and the Kakkonen (Finland’s third tier).

The name Ykonnen has been used since 1995, though the competition itself was established in 1973.

Like most colder-climate European leagues, the weather constraints mean the season takes place in the summer, ordinarily between April and October. Consider following these leagues if you find it difficult going without football in the years without a World Cup or Euros to keep you busy!

The side that finished top at the end of the summer is granted automatic promotion to the Veikkausliiga. The second-placed team, however, enters into a two-leg play-off round with the second-bottom side of the country’s top tier.

We’re pleased to offer our members up to date team and player news so that they’re never left guessing in the build up to kick off. Anyone can beat anyone in the Ykonnen, so detailed team news can be the difference between a good bet and a bad one.

The standard of Finnish football is such that there is very little gap between the best and worst sides in the Ykonnen. This extends to the Veikkausliiga’s worst teams, too, meaning the promotion play-off is fairly often won by the challenger.

The promotion/relegation battle makes for good viewing, but ultimately the standard of the competition is relatively low. Because of the lack of ‘sure things’ in this league, keep bets light.

For Ykkonen betting tips and tips for other Finnish leagues and more please check out our daily tips page.