One cross was all it took for the world to be reminded of Trent Alexander-Arnold’s true value. Having been left out of Gareth Southgate’s squad for the recent international break, the Liverpool right-back was a man on a mission in his side’s 3-0 win over Arsenal at the Emirates Stadium. It was the kind of performance that Alexander-Arnold has made his speciality since he burst into the Liverpool team four years ago – bombing up and down the right-hand side, curling in delicious crosses, hassling and harrying opposition players. 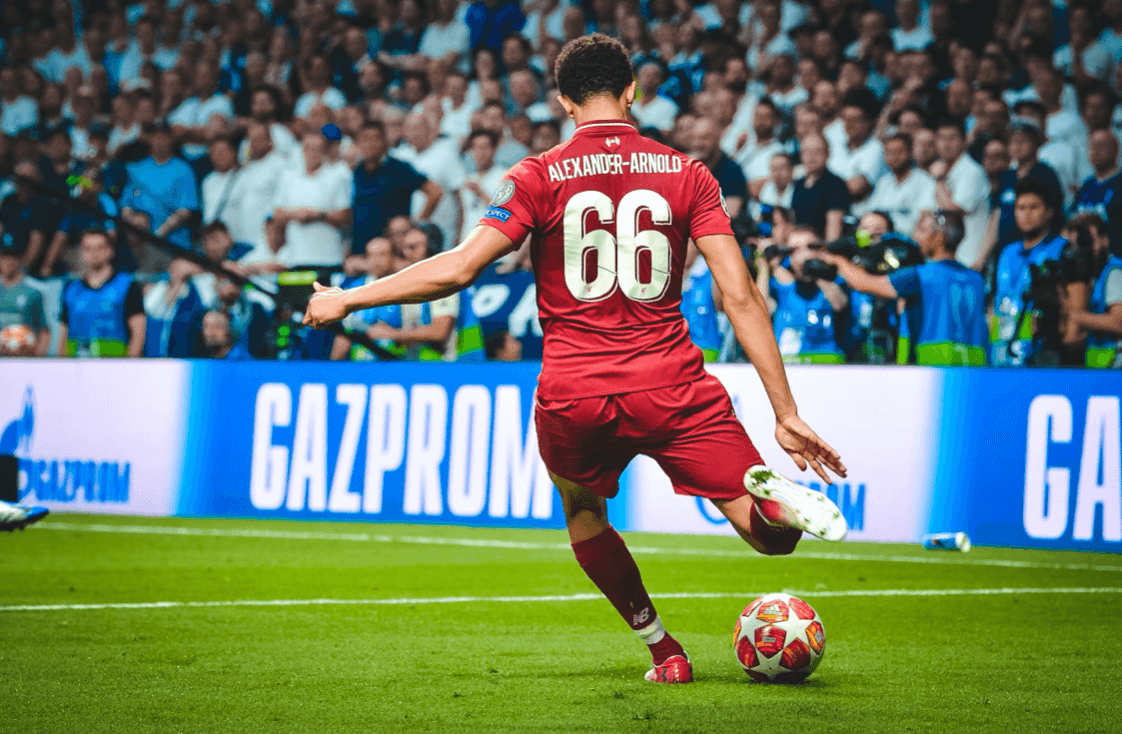 The unfortunate thing is that those displays have been few and far between for the Liverpool right-back this season. The malaise which has gripped Liverpool since the turn of the year, and has seen the team’s English Premier League odds online take a hit, seems to have affected Alexander-Arnold more than most. In the years where the Anfield side were at their blistering best, everything seemed second nature to the right-back, but this year he has cut a lost figure at times, and mistakes have crept in. The latest of these came against Real Madrid in the Champions League, where his poor header allowed Marco Asensio to nab the home side’s second goal.

While Liverpool have sorely missed Virgil van Dijk and Joe Gomez this season, the absences of those two defenders has also had a negative effect on the two regular full-backs. It’s plain to see that Andrew Robertson and Alexander-Arnold have not quite looked comfortable defensively given the chopping and changing of Liverpool’s two centre-halves, and the absence of van Dijk in particular has meant that the team look shaky all over the pitch, not least in Alexander-Arnold’s area of the field.

But there is no point pretending that Alexander-Arnold is a defensive right-back. He is not in the Liverpool team primarily to block crosses and close down wingers – that is just one part of a hugely significant role in the way Liverpool play. Since Alexander-Arnold and Robertson have established themselves in the Liverpool starting eleven, they have played almost like quarter-backs, acting as Liverpool’s main sources of distribution and chance creation.

Against Arsenal, Alexander-Arnold gave a shining example of how well Liverpool’s system works when he is in form. Before he set up Jota to break the deadlock, the right-back had already presented golden chances to both James Milner and Mohamed Salah, and it felt like he was destined to either score or assist a goal before the night was over.

The disappointment of being left out of the England squad clearly fired up the 22-year-old, and ultimately, Liverpool may be the beneficiaries of Southgate’s decision as the Premier League season reaches the home straight. There is still a very real chance for Liverpool to clamber into those top four positions in the table and salvage pride from this raggedy title defence, and the form of Alexander-Arnold will be paramount to that.

Klopp took aim at Southgate in the media following the England manager’s decision, and it’s clear that no-one has as much faith in Alexander-Arnold as the Liverpool boss. In a season where the club’s dynamic young full-back has so often looked embarrassed and exposed, perhaps there is redemption still to come, with Liverpool still fighting for success in the Champions League and the Premier League top four.