In defence of Mourinho and “parking the bus”

A lot has been made of the way in which Manchester United approached their recent away fixtures against Liverpool in the Premier League and Benfica in the group stages of the Champions League. Various parts of the media, fans of other clubs and even some Manchester United fans have bemoaned Jose Mourinho’s pragmatism and apparent penchant for “parking the bus”. Some have gone as far as to say that United winning the league would be completely anti-football and totally undeserving because of the perceived negative style of football. Perhaps the Premier League should devise a new points system that rewards style over actual results? Or maybe we should give extra points for shots on target?  Or they should start using teams’ xG stats (whatever that is) to allocate points?

Now, before I go on, I just want to list out some results to illustrate a point:

Not the most inspiring set of results, I’m sure you’ll agree. Row A) lists the last six away results in the Champions League under Sir Alex Ferguson. The three wins came against European giants, SC Braga, CFR Cluj and Otelul Galati. The losses came against Basel and Galatassaray with the solitary draw coming against Real Madrid at the Bernabeu stadium. Row B) lists Ferguson’s last 6 away results against Liverpool; one FA Cup loss with a draw and four losses in the Premier League.

Neither list makes for positive reading and serves to illustrate the point that even the great Sir Alex Ferguson found things difficult away from home at times. Memories are inevitably clouded by nostalgia and Ferguson oversaw a period of unprecedented, prolonged and spectacular success over more than two decades at the club. We have every right to look back with admiration and awe at what he achieved and the trophies that the team won. We would be fools not to look back with longing at teams that included the likes of Ronaldo, Van Nistelrooy, Yorke, Keane, Scholes, Giggs, Beckham et al…the list of true footballing greats is long and storied. We absolutely must look back at the brilliant football played by those teams and remember the joy it brought to so many. However, we should not hold the current team to red-tinted standards and we should recognise the difficulties that even the greatest United sides have faced. No team wins every game in a season, even if Ferguson’s United came closer than any English side to winning every trophy available to them in a single season. A 3-1 loss to Spurs in December 1998 knocked United out of the League Cup well before the treble was even a tiny spark in the minds of the most optimistic supporter.

Football is never a sure thing

Teams can play well and lose; teams can play poorly and win; but no team plays brilliant, dominant football in every game of a season. It just doesn’t happen. And this brings us back to the current Manchester United side. This is a team that started the season with a 2-1 loss against Real Madrid, arguably the best team in the world, in what is essentially a showcase fixture. The European Super Cup isn’t quite a friendly but, ultimately, it’s not as meaningful as any of the games that have followed it. Since then United have played 12, won 10 and drawn 2 matches, scoring 33 goals in the process and only conceding 4. They have kept 9 clean sheets and only Burton have scored against them at Old Trafford. Only one team has scored against them in the league this season, home or away. Only one team has scored more goals than them in the league this season. They have scored more goals than Bayern, Barcelona, Juventus, Atletico, Real Madrid and Tottenham and the same number as Manchester City in the Champions league and have conceded just once. This is not a team playing poorly.

Admittedly, the game against Liverpool was not great to watch and United were unable to really threaten the opposition goal, creating only one clear chance in the entire game; a shot that Lukaku hit too close to Mignolet. On the flip side, whilst Liverpool were the more adventurous of the two teams, they only created one clear cut opportunity themselves that brought a brilliant save out of David de Gea. Aside from that, they struggled to truly break through the United back line and Jurgen Klopp was reluctant to take too many risks, making like-for-like substitutions instead of trying to change things to go for the win. United went into the game missing their most influential player in Paul Pogba and also had new injuries to Fellaini and Bailly to contend with. In addition, both sides came out of an international break but it could be argued that it was welcomed for Liverpool who had looked poor going into it having won 1 of their previous 7 matches. In contrast, the forced intermission came at a time when United were on a run of 6 straight victories, perhaps disrupting the rhythm and momentum they had gained. 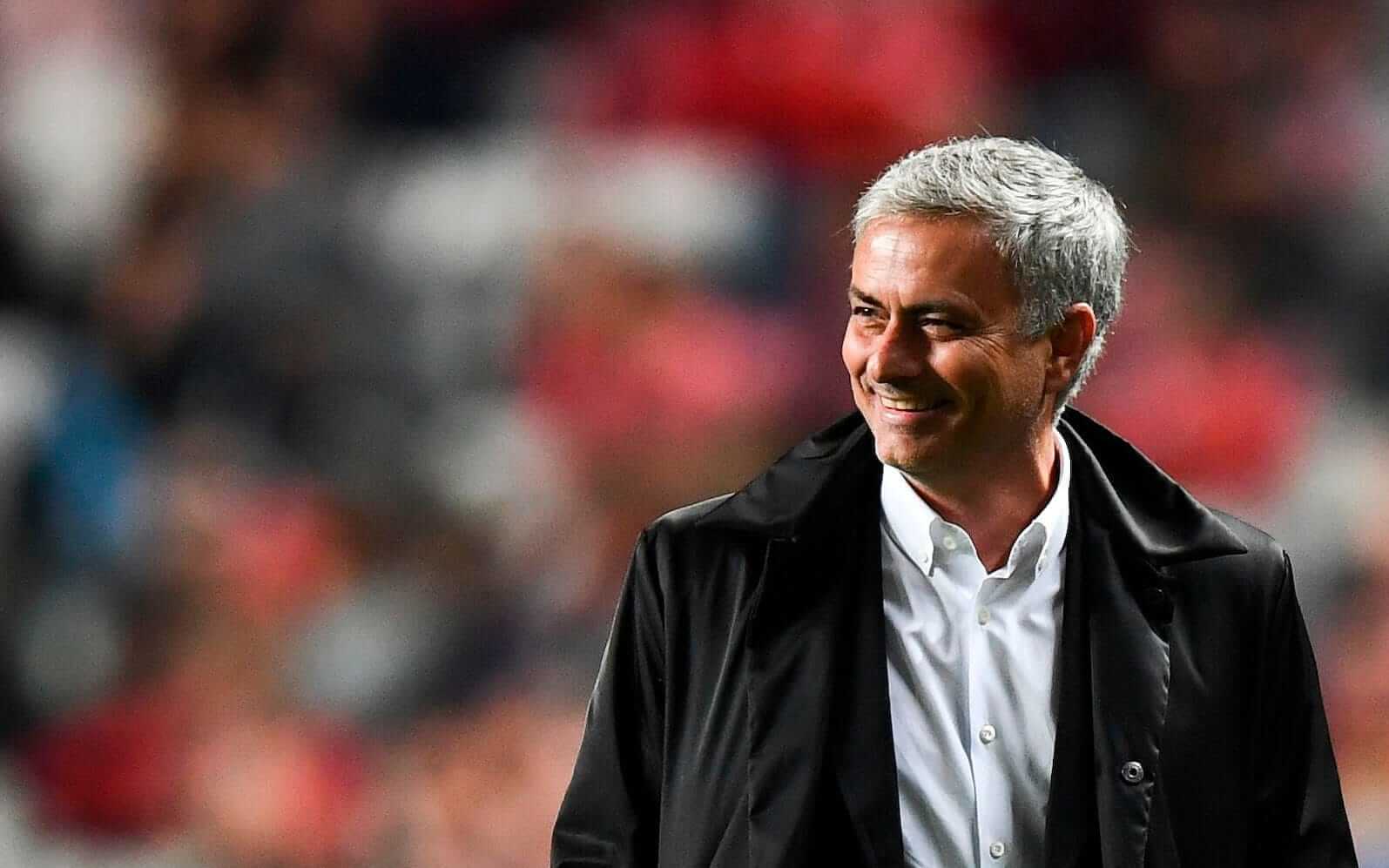 Mourinho always respects his opponents (perhaps too much in this case) and clearly went to Anfield with a game plan; to contain the attacking threat that Liverpool possess with Coutinho, Salah, Firmino and then to try to hit them on the counter. The players only executed the first part well and Martial, Lukaku, Mkhitaryan and Young were unable to affect the game in the final third whether on the counter or not. Whilst the approach was clearly more conservative than earlier in the season, signalled by the inclusion of Young in the wide right position, the execution from the players was also very much lacking; Mourinho can’t take sole blame for that. I fully admit that I would have liked to have seen a more adventurous game plan and Liverpool were also missing a key player in Sadio Mane, but the hysteria and overreaction that followed has been truly over the top. That said, a better finish from Lukaku and we might be talking about a smash and grab victory.

With Benfica, the after effects of the Liverpool match were clear to see. I had predicted a fairly overwhelming victory based on the previous results Benfica had registered in the group but in hindsight there were a few factors that affected the game. On reflection, it’s no surprise that they set up in a tight, compact manner given they were dismantled by a Basel side that United had easily brushed aside in their opening Champions League fixture. Benfica didn’t want to be embarrassed again so made it difficult for Mourinho’s side to create space and opportunities. The attacking play from United was a little better but still quite disjointed with Mkhitaryan and Lukaku having particularly poor games. They, more than anyone, are missing the vision, intelligence and sheer brilliance that Paul Pogba brings to the midfield. That being said, United managed to pick up another clean sheet and the win; albeit from a slightly fortunate goal as the inexperienced 18-year-old goalkeeper, Mile Svilar, took the ball into his own net from a Rashford free-kick. In contrast to the young goalkeeper’s obvious inexperience, Rashford showed great maturity and ruthlessness as he clearly targeted the Belgian U19 international with his delivery from corners and free-kicks, ultimately forcing the error that gifted him his 6th goal of the season.

That goal gave United their third win in as many games in the Champions League and they are sitting comfortably at the top of their group. It wasn’t a vintage performance but they got the job done in a very comfortable manner preserving energy for the next fixture at the weekend. They were utterly comfortable and didn’t needlessly over-exert themselves. In that regard, it was the perfect away performance. When you take into account the fact that United struggled with turgid performances in the Europa League last season, the ease with which they managed the game, despite not playing well, should please fans.

Another thing to note is that, whilst United sit second in the Premier League table behind a rampant Manchester City, they are top of the injury table with seven senior players out injured; Marcus Rashford being the latest to occupy the Old Trafford medical team with a knee injury that hopefully isn’t too serious. During this period, it makes sense that Mourinho manages the squad intelligently and approaches games with the result at the forefront of his mind [Read my deep dive into this years squad]. Blips in form are also part of the game and Henrikh Mkhitaryan probably needs to be dropped to refresh and reset mentally. Romelu Lukaku looks in need of a rest but the lack of options means that he will likely start every game until Zlatan Ibrahimovic returns. This could also be the reason why we have only seen Marcus Rashford and Anthony Martial start together once this season as Mourinho likes to have one of them as an option from the bench. When the iconic Swede returns to first team football, this will give Mourinho the opportunity to not only rest Lukaku but also play the two youngsters together with the Belgian and still have an attacking substitute up his sleeve. Ferguson was a master of managing his squad over three or four matches at a time often rotating the team to keep players fresh and hungry. Mourinho will not apologise for doing the same as the fixtures and injuries pile up. He will certainly not be worried about the style of play as injuries and blips in form affect the attacking rhythm.

The final thing to say is that in these two matches where United have looked decidedly pedestrian, they have still managed to pick up a win and a draw (with two clean sheets), both away from home against tricky, though not word class, opponents. If they were truly that bad, it doesn’t reflect well on their opposition. Manchester United fans will be hoping that this is a blip in form and not a sign of things to come and the return of Paul Pogba in the coming weeks will help to restore some of the lustre from earlier on in the season. With the attacking talent at their disposal I suspect that this drop in performance level will be transient and the forward line will soon click again as they rediscover their rhythm. They have two away games at Huddersfield and Swansea that look fairly straight forward on paper before they welcome an in-form Spurs to Old Trafford at the end of the month. Despite the hype around the Liverpool game, that Spurs fixture will be the first real test of this United team and Mourinho’s mentality; as the home side, they will be expected to force the game and we will truly see then whether Mourinho trusts his team to get the win or his respect for the opposition takes over once again with renewed accusations of parking the bus. Knowing Jose Mourinho, he won’t care either way; to him, the result is the most important thing and even Sir Alex Ferguson wouldn’t have it any other way.